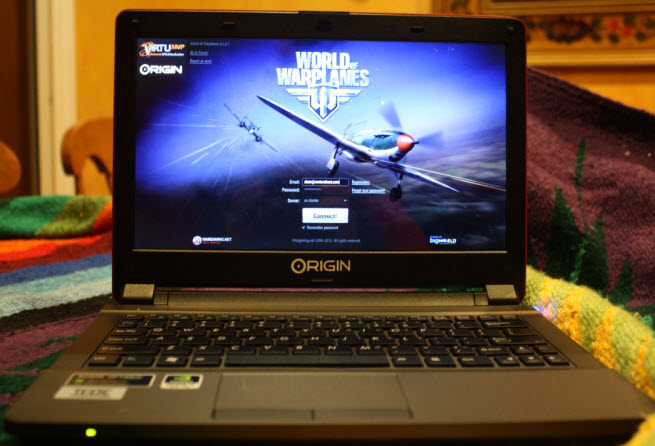 The Origin PC Eon11-S laptop debuts today with a unique feature that will appeal to gamers. It has software that intelligently determines what kind of graphics hardware to use when it runs either a heavyweight or lightweight game. The result is games that look cool but don’t necessarily burn your laptop to a crisp because of high power consumption. 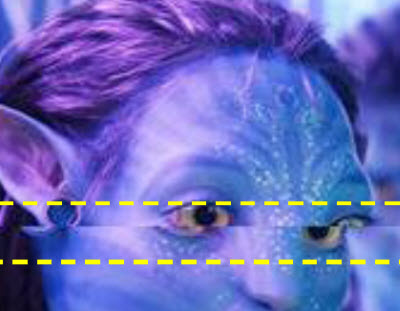 The Eon11-S is the first to feature graphics technology from LucidLogix, dubbed the Lucid Virtu MVP Mobile Software, as a free option. This software performs graphics virtualization, meaning it assigns a graphics computing task to the hardware that is the best available at any given moment. It maximizes the utilization of graphics resources, depending on the software that is running. The exclusive deal between Origin PC and Lucidlogix is a coup that will set the Origin PC models apart.

Many gamer PCs come with a high-end  graphics card (in this case, from Nvidia) that can run extremely challenging game scenes. They also include Intel integrated graphics on the system board that can run rudimentary graphics without using a lot of power. The Virtu MVP software decides on the fly whether to use the discrete graphics for high-performance or the integrated graphics for better power consumption. It works with any kind of graphics hardware. If it determines that the laptop doesn’t need the graphics card, it can be turned off, saving on a lot of power. That means longer battery life.

Hardcore gamers will appreciate that the software prevents a common problem in superfast first-person shooter games: screen tearing (pictured above). Offir Remez, the cofounder of Israel-based Lucidlogix, said in an interview with GamesBeat that the Virtual Vsync technology enables games to run at high framerates without visual tearing, a blemish that happens when a monitor isn’t in sync with the imagery of the game and the machine displays images from two different frames at the same time. For a gamer, the effect is jarring and takes you out of the illusion of realism in the game (and when playing an online multiplayer game, this can get your character killed). Virtual Vsync delivers improved game responsiveness for the keyboard and mouse. It also lifts the artificial cap of 60 frames per second game play.

Lucidlogix also has HyperFormance, a technology that boosts the responsiveness of the machine, resulting in 30 percent higher framerates. That means that a scene in a complex 3D game moves faster. HyperFormance works by removing redundant rendering tasks within the graphics pipeline. That means it takes out code that doesn’t need to run. You can activate the Virtu MVP software by going to a control panel and selecting what kind of graphics solution you want to use in certain games. The Lucidlogix technology is Windows 8 compatible. 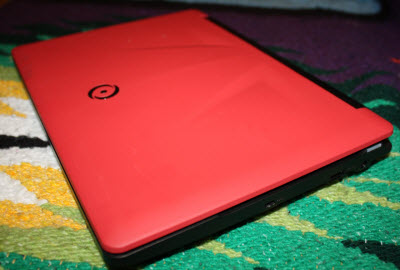 The PC has a new option that comes in Matte Red (pictured) or Matte Black. The computer can also come with a custom paint job of any color or design for an additional fee. The machine supports Intel’s third-generation Ivy Bridge mobile processors. Kevin Wasielewski, the chief executive of Origin PC, says that the technology will give customers a better competitive edge and a chance play on the road with cool features that you only otherwise get with a desktop experience at home.

The model I tried includes an Intel Core i7-3720M dual-core processor running at 2.6GHz with a 6MB cache. It has single 2GB GDDR3 memory and an Nvidia GeForce GT 650M graphics card that has Optimus 1.2 technology. It has 8GB of Corsair Vengeance DDR3 1,600 megahertz memory, and a 256GB Samsung 830 series solid state drive (at 19 percent jump in price). It has HDMI Out, two USB 3.0 (universal serial bus) ports, one USB 2.0 port, a media card reader, a built-in 1.3 megapixel video camera, the Killer Wireless-N 1202 network card with wireless networking. It runs Windows 7 Home Premium and costs $1,580 as configured.

I tried out the Eon11-S laptop, and it’s a pretty thing with a very sturdy feel. It’s a little heavy at 3.9 pounds, considering the screen is only 11 inches. I installed World of Warplanes on the machine, and it worked fine, allowing me to fly through the skies at a high speed without jerky graphics or other flaws. It’s easy to see the Virtu MVP control panel by clicking on the icons in the lower right part of the screen. Then you can see if Virtual Vsync and HyperFormance will work with the applications that you are running. You can toggle the features on or off if you wish.

The Lucidlogix technology could make a very big difference for gamers, and it sets the machine apart from the gigantic pack of computers coming this fall. Origin PC and Lucidlogix are showing the technology at the PAX Prime conference this week in Seattle, today and tomorrow.