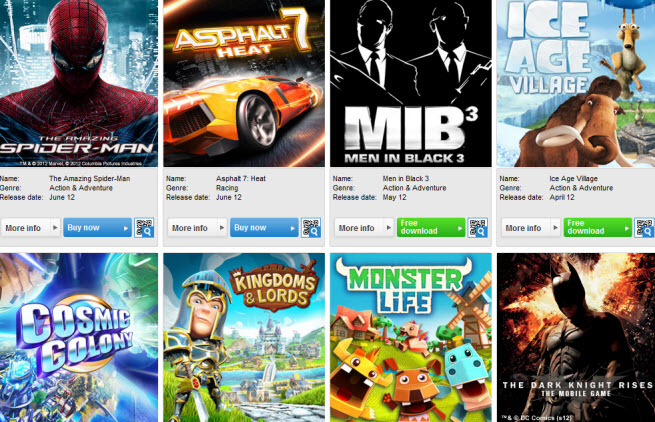 Gameloft said it generated 95.2 million euros (or $119.7 million dollars) for its six months ended June 30, up 24 percent from $96.5 million a year ago. The company also increased its full-fiscal-year guidance to $257.8 million.

Gameloft said its operating income for the period was $5.5 million, down from $9.9 million a year ago. Net income was $5.8 million, compared with $6.6 million a year ago. The company said that the amount of research and development costs increased in the first half as it replaced console and PC game development projects with mobile and tablet game development. (An accounting difference exists in the way those costs are expensed.) Excluding that accounting effect, operating income was actually up 26 percent from a year ago.

The game publisher also said it has $54.9 million in cash. North America accounted for 24 percent of first-half sales; Europe and the Middle East were 26 percent; Asia-Pacific was 22 percent; and Latin America was 21 percent.

Strong sales of smartphone and tablet games helped drive these numbers. In the second quarter ended June 30, smartphone and tablet sales were up 119 percent and accounted for more than 50 percent of total sales. The growth was also bouyed by Gameloft’s transition to freemium models, which include giving a game away for free and making money as users pay real money for virtual goods.

More than 57 million monthly active users currently enjoy the company’s games, and 60 percent of Gameloft’s smartphone revenue comes from in-app purchases and advertising. The decrease in profit margin was due to the greater success of the company’s third-party licensed games, which carry a lower profit for Gameloft. The company said that its investments in smartphone and tablet games should continue to bear fruit. Gameloft plans to launch 20 new games in the second half of 2012.

The new titles include Wild Blood, Gameloft’s first Unreal game; Modern Combat 4; Playmobil Pirates; My Littlest Petshop; Zombiewood; and Heroes of Order & Chaos. Gameloft launched only 11 new games in the first half of 2012. The company saw better-than-expected results from first-half games such as IceAgeVillage, Kingdoms & Lords, The Amazing Spider Man, Asphalt 7: Heat, and The Dark Knight Rises. So the company expects that its full-year sales targets will be $257 million, up from the previous forecast of $251 million.