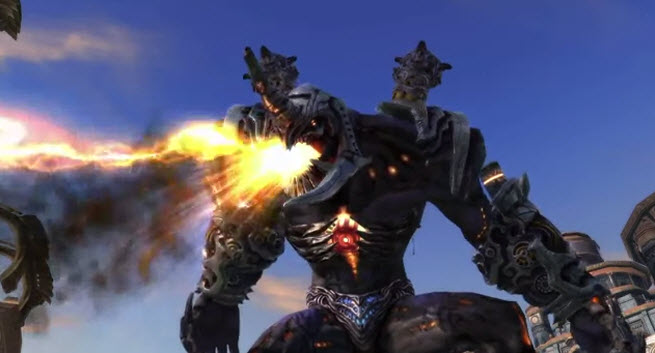 Trion Worlds is announcing today that it will release Storm Legion, its first expansion for its Rift massively multiplayer online game. The expansion will debut in North America and Europe on Nov. 13.

The announcement shows that Redwood City, Calif.-based Trion continues to invest heavily in its Rift game, which has a sizable but unknown number of users. The title features dynamic game play and ever-changing landscapes — its innovation in a crowded MMO field — and it hopes to one day knock World of Warcraft, the dominant MMO with more than 10 million subscribers, off its perch.

“Work on Storm Legion literally began before the original game launched last year, so the development team had the rare opportunity to evolve the expansion alongside the live game.” said Scott Hartsman, executive producer and Trion’s chief creative officer. “The result is shaping up to be a carefully crafted and extremely polished experience that will completely enthrall players.”

Players are able to place pre-orders on Sept. 5 for the standard ($40) or infinity ($60) editions of the game, and those who do so will receive early access to one of the Storm Legion dungeons, Exodus of the Storm Queen, as well as an in-game cape for a character. The Infinity version will come with a personal transporter (Brevanic Portal Generator), a new mode of transportation (a Cyclone Mount), and a creature called a Mini Regulos.

Additionally, players who pre-order the Standard or Infinity editions of the game will receive early access to one of the Storm Legion dungeons, Exodus of the Storm Queen, as well as an in-game cape for their character.

The Infinity version of Storm Legion comes with  the early access to the dungeon, the cape, a personal transporter (Brevanic Portal Generator), a new mode of transportation (Cyclone Mount) and a creature called a Mini Regulos.