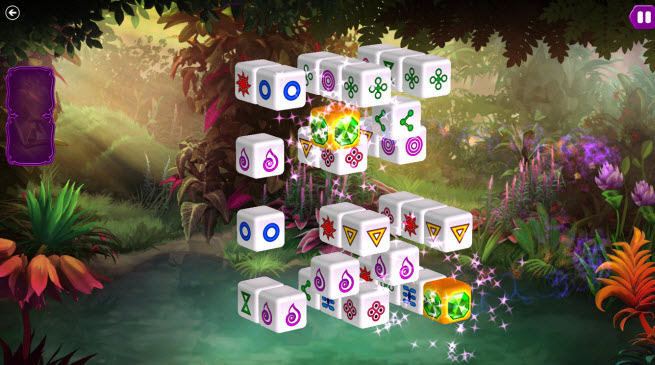 The redesigned games are Solitaire Collection, Minesweeper, and Mahjongg. The company also announced Taptiles, a new 3D puzzle game as part of its lineup. The games are the first from a multi-year, multi-game partnership with Microsoft Studios and are optimized for both touchscreens and mice and keyboards. Arkadium has given the new titles the confusing name “Xbox Games on Windows 8.” That doesn’t mean that the games will play on the Xbox 360. Rather, it means they are akin to Xbox Live Arcade games (which are available on the Xbox 360) for the PC.

New York-based Arkadium announced a while back that it was betting big on Windows 8. Kenny Rosenblatt, chief executive, told us that being early on the new platform would give it advantages over the competition.

“These are the first games we are releasing as part of the multi-year, multi-game partnership with Microsoft Studios that we announced in January,” said Rosenblatt in a statement. “We have taken strong evergreen titles and worked on transforming them into new experiences that make game play even more addictive and fun.  And just as the previous classics pioneered gaming for desktops, we’re excited to launch Taptiles, a new game destined to become a classic for next generation touch devices.”

Arkadium has been a strong supporter of Microsoft for a while. It provides games for MSN, Bing search, and Microsoft Messenger. The company makes casual games such as Mahjongg Dimensions on the web, Facebook, iPhone, and iPads. Arkadium has more than 10 million gamers a month and is a top-20 distributor of games, according to market researcher comScore.

Since 2001, Arkadium has published hundreds of casual games that can be found on the web sites of clients such as MSN, Hearst Magazines Digital Media, ESPN, ABC, Lifetime, and Discovery. Every year, the company has grown its revenues.

The self-funded company is run by Rosenblatt and his wife, Jessica Rovello, president. Rivals include PopCap Games, Oberon, Real Networks and Playdom.