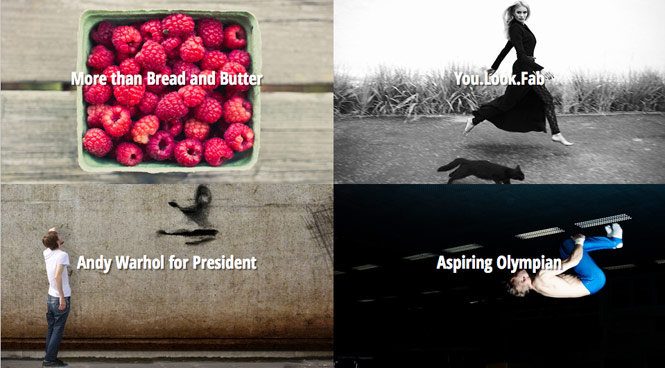 How do you promote your app before it’s even launched? Or create buzz around just one more app in a sea of 600,000 others?

One option is Ooomf, the mobile app discovery platform that helps developers find early adopters, invite them into the app creation process, and build a bridge out of app store oblivion. And while Ooomf is all about helping app developers, the Montreal-based company just got a little kick in the seat of its own pants, cashing in $500,000 in seed funding from Real Ventures and BDC Venture Capital, and launching into public beta today.

Above: Mikael Cho at Grow Conference

I met co-founder and chief executive Mikael Cho at Grow 2012 a few weeks ago, and he’s passionate about helping developers find early users. He likens Ooof to Kickstarter, in that the service creates a bond between app developers and early users — and builds on that as a bridge to commercial success.

The service itself allows app users to find the best existing apps via a curated list of categorized apps.

Or, for apps that have not yet been released, Ooomf gives users a peek into coming releases, which they can request early access to, or get more information on.

Once they’ve become part of an extended team of beta users, developers can start asking questions and gather data. For example, developers might wonder which icon is the best, or what tagline most succinctly captures the essence of their app. 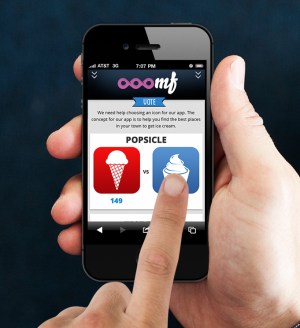 Through Ooomf, early adopters can tell developers their opinions, and developers can then make decisions on future directions with a little more input. Currently, that’s happening via the Ooomf website, but the Ooomf app for iOS will shortly make that available on mobile.

Other app discovery platforms exist, including the Facebook App Center, AppFlow on iOS, YouAppi on both iOS and Android, and MapSaurus on Android.

But I haven’t yet seen an app discovery engine that allows users to become part of the app development team.

Now Ooomf has $500,000 to prove that this is the secret sauce that will drive app discovery and marketing to new heights.