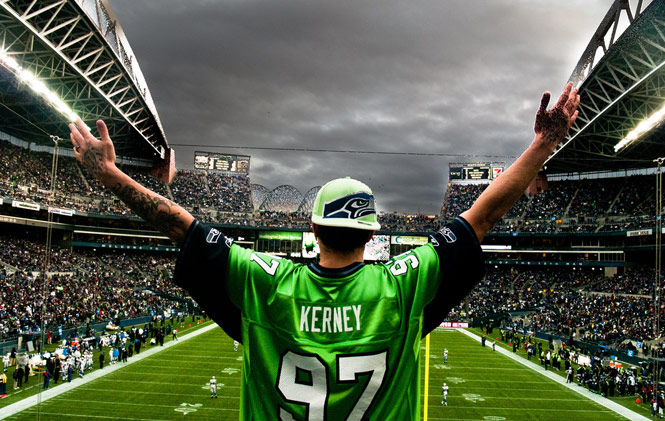 After launching on the iPad in June, social sports service SportStream is releasing a web-native version today, which will be available to anyone using any tablet, smartphone, or laptop.

SportStream, which is backed by Seattle Seahawks and Portland Trail Blazer owner Paul Allen’s Vulcan Capital, aggregates social chatter about currently in-progress games with stats, scores, and rich data on what’s actually happening. The goal is a simple streaming second-screen experience: watch the game on the big screen, get involved in the dialog on the little screen.

The new site allows sports fans to keep track of many games in multiple leagues on any device.

Users input their top teams, and the web app alerts fans when pivotal plays are likely to happen. For example, when the Seattle Seahawks are in the red zone, the game ticker glows orange, hinting that fans might want to pay more attention to that game.

The “secret sauce,” according to a SportStream representative I talked to yesterday, is what the company calls the “uberstream,” which shows fans all the social chatter about each game, organized and streamed, and allows them to join the conversation by replying, retweeting, or favoriting messages. 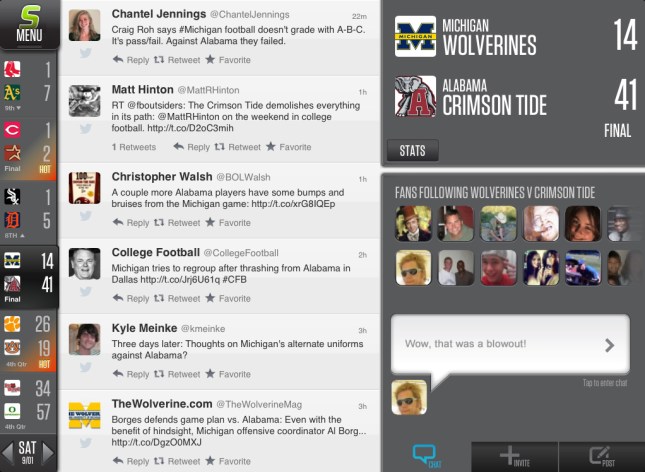 The second-screen experience is growing by leaps and bounds.

According to Forrester, 85 percent of tablet owners in the U.S. use them while watching TV. And 83 percent of sports fans say they check social media sites while watching the game. It’s not something I like to do personally, but I know friends who are always trash-talking opposing fans on Twitter while their favorite team is playing — mostly to pass the time while commercials are rolling, or interminable pre-game, mid-game, or post-game interviews are running.

“Watching TV is no longer a passive experience,” according to the SportStream representative.

At launch, SportStream focused on the NBA playoffs. The company recently bolstered its leagues by adding the NFL, NCAA, the NHL, and will soon expand to other sporting events such as big boxing matches, UFC events, and other one-time, episodic contests.