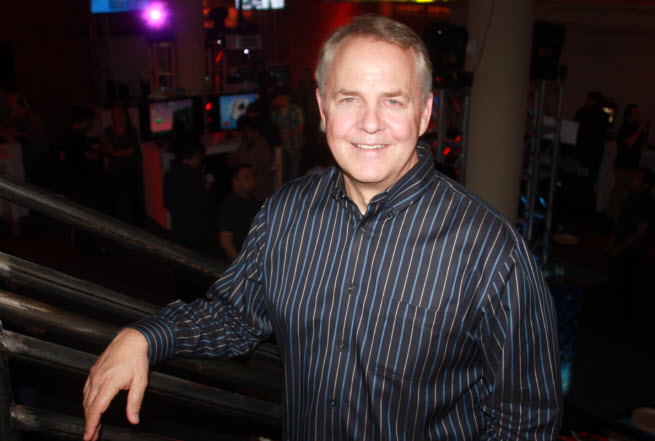 The French video game publisher Ubisoft hasn’t engendered a lot of goodwill with PC gamers over the years because of its aggressive digital rights management (DRM) policies. But the company made some big changes a year ago, and it wants gamers to understand that it is playing nicer these days.

“We realized we haven’t always been clear and consistent about communicating what our DRM policy was in the past, and that has led to a bunch of misunderstandings,” said Chris Early, vice president of digital publishing, in an interview with GamesBeat.

Ubisoft’s past policies have created a firestorm of abuse from angry users, both pirates and legitimate customers.

But some observers haven’t noticed yet that Ubisoft has made changes at all, and consumers have a long memory. But Early said the company instituted a big change in June, 2011, with respect to how it implements DRM in PC games. Since then, Ubisoft’s packaged good PC products require a one-time online activation, and then they can be played offline. If you buy the games from Ubisoft online, the games are authenticated at that time. If you play multiplayer sessions or if you play free-to-play games, you have to log in online. Authentication takes place during each session.

The new policy does a better job of staying out of the way of legitimate and loyal players who just want to enjoy the game.

In 2006, Ubisoft tried to implement the StarForce copy protection technology, but it ran into compatibility issues, and customer complaints led to its disuse. Then,  in January 2010, Ubisoft unveiled an online services platform which required users to log into an online service and remain connected while playing Ubisoft PC games. That meant they couldn’t play the games offline and they couldn’t resell their titles on the used game market. Technical problems accompanied the policy. If you were disconnected while playing, your saved game progress was lost in titles like Assassin’s Creed 2 for the PC. Ubisoft stood out in the industry for being aggressive. Angry users responded with denial-of-service attacks and other protests against the company.

“That, combined with challenges we had with uPlay hardware at the time, made for a pretty poor user experience for a couple of games,” Early said. “Listening to consumers, we then removed the DRM requirements for the games, and by June 2011 had this policy in place going forward.”

Accordingly, the negative feedback is lower these days, except when Ubisoft has some hiccups with the technology. (A Google researcher reported a flaw in Ubisoft’s DRM recently, but the company fixed it and said it had no incidents related to that flaw).

He added, “There were enough online components to those games that we mistakenly believe the earlier policy would not be an imposition for players. That was not the case. Players wanted to be able to play in an online and offline mode. They didn’t want to be online all the time to play.”

The earlier policy also limited the number of times a player could install the game Anno 2070 to just three. But if you installed a new graphics card, it would use up one of the installations and require you to reinstall that game. Ubisoft had to correct that again.

“Listening to our customers, we don’t have that as a limit anymore,” Early said.

The point of DRM in the first place is to establish with the consumer that they are getting value when they buy a Ubisoft game, and they should pay for that value, Early said. It helps stop piracy, which can be very high in the PC market. By emphasizing the “carrot” rather than the “stick,” Ubisoft is making use of alternatives that could help reduce piracy and generate more revenue at the same time. For instance, free-to-play games like Tom Clancy’s Ghost Recon Online open that franchise up to more territories where it isn’t feasible to sell a $60 Ghost Recon Future Soldier game.

“You can participate in a wider variety of services and content or choose a different business model,” Early said. “That allows access to games at a variety of different price points. We can reach a wider variety of people around the world. You can get to our games in more places without pirating them.”

Part of the reason why Ubisoft is the target of piracy is that its games are good.

“If we made terrible games, we wouldn’t have to worry about it at all,” Early said. “The more popular the game is, the more people want to play it wherever they are. As an industry, we need to talk about piracy. At the time when we took a very aggressive stance, we realized it impacted our customers more than it impacted our pirates.”

Ubisoft has also created its uPlay PC game client. That brings together PC game functions together, including a game library. It has social features like chat and leaderboards. It has rewards across platforms and an offline action mode. It has integrated saves, a shopping function, free-to-play games, and a general overall Ubisoft destination. Ubisoft has some rental systems that it supports, but in general it believes users should pay for their games. With online passes, players can reactivate a portion of the multiplayer play with a small fee from the secondary user. That view makes sense because multiplayer play requires Ubisoft to invest money in ongoing support for multiplayer operations, Early said.

“We don’t have excessive complaints about that,” Early said. “In that case, we were not the trailblazer. [EA was]”

There isn’t a consistent view on used games across the industry. But as free-to-play games expand, the used game market isn’t necessarily as relevant anymore, Early said. He didn’t have a comment on what the new game consoles being launched in the future will have as far as DRM policies go. If the platform owners change their policies, you can bet the topic will come up again.