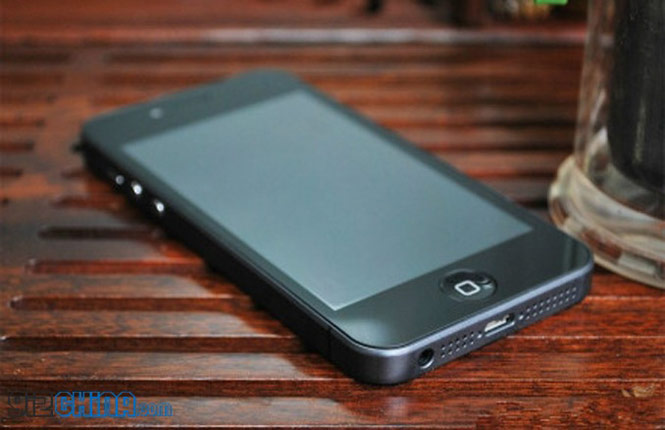 The GooPhone i5 is a pre-emptive iPhone 5 knockoff apparently based on leaked product prototypes. It runs Android 4 (Ice Cream Sandwich), and according to GizChina, sports a 1.4 Ghz Tegra processor, one gigabyte of RAM, and a 4-inch “retina” display with a resolution of 1,280 x 720 pixels.

It bears some similarity to possible iPhone 5 concepts and leaked images.

iPhone knockoffs in China are nothing new. But a pre-emptive patent in China of a design that just might be what Apple is releasing on September 12? That would be new. 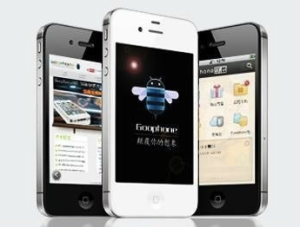 How likely it is to stand up in court is another question, particularly since GooPhone is a known cloner, with obvious iPhone 4S clones in the market and for sale today. In an American or European court, GooPhone wouldn’t stand a chance.

In China, who knows?

Apple has already been accused of copying the “iPad” name from a little-known company, ProView, in Shenzhen, China. After a lawsuit, Apple was forced to pay ProView $60 million — less than the $400 million the company was looking for, but a very nice little payoff for what seemed to be a fairly meritless case.

This seems even less aboveboard … but the court system in China may not be very friendly to foreign companies.

The GooPhone is planned for a late September launch.