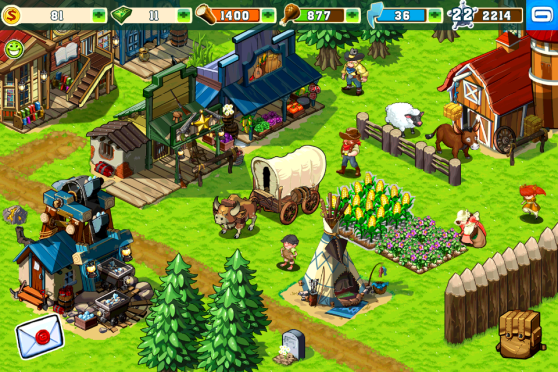 Gameloft is jumping on the release of the Kindle Fire HD by releasing four of its top games on the new device.

The Oregon Trail: American Settlers, Asphalt 7: Heat, Fashion Icon, and Ice Age Village are the first of Gameloft’s 55 titles to take advantage of the Kindle Fire HD’s features and capabilities. The games are available on the Amazon Appstore for Android or directly from the tablet.

“[We picked] some of our best-selling games from the selection that is currently available on Amazon and optimized them for the new devices,” Baudouin Corman, the vice president of publishing, told GamesBeat. “Thus far, we’ve seen that the Amazon audience is pretty casual, so we expect the same audience to embrace the new Kindle Fire and the Kindle Fire HD going forward. Additionally, with three free-to-play games and one paymium game available for the tablets’ launch, we feel that we have a very strong assortment of titles that reach out to a variety of audiences.”

Amazon revealed the Kindle Fire HD yesterday. It comes in $199, $299, and $499 models and features improved Wi-Fi technology to better maintain a wireless connection — a plus for gaming, among other uses. The device also implements new parental controls called “Kindle FreeTime,” which allows adults to set time restrictions on their kids’ activities.

The Kindle Fire HD comes with full tilt, turn, and multitouch controls and allows users to compare scores with GameCircle, which uses Whispersync to save progress to the cloud.

“Looking to the future,” said Corman, “Gameloft certainly plans on launching more games for the platform — adjusting the line-up based on the success of our games and the platform itself. But overall, we think the new Fire tablets will definitely be a hit.”