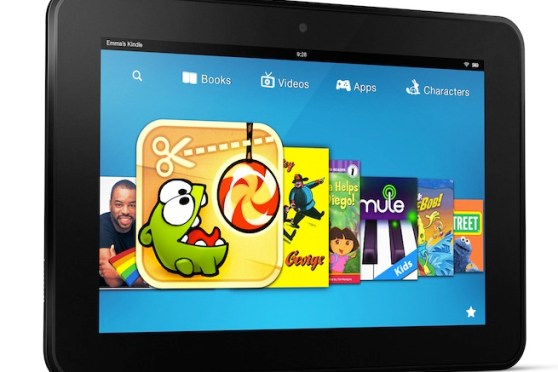 You’ll love many things about Amazon’s new Kindle Fire HD, but viewing ads probably isn’t one of them.

Amazon is placing an ad on the lock screen of the new tablets, which people will see whenever they wake the device from slumber or banish the home screen by clicking the power button. The ads apparently come from the “special offers” widget featured on all devices. Initially, this caused some people to criticize Amazon’s move, especially because the company didn’t give users the option to “upgrade” to an ad-free version.

However, now the company has confirmed Kindle owners will be able to opt out of the default ad settings, according to an Engadget report based on a tip from an anonymous source.

According to the source, Amazon sent the following response in response to a complaint regarding the lock screen ads:

I understand that you would like to opt out of the special offer and willing to pay extra for opting out special offer. Options for unsubscribing special offer will be announced soon.

To ensure the utmost attention, I’ve also passed your message on to the appropriate people in our company. We value customer feedback such as yours as it helps us continue to improve the service and selection we provide.”

The obvious typos in the note do cast doubt on the idea that this is a new company policy: If the note did come indeed from Amazon, it doesn’t appear to be a prepared response but an improvised note from a customer rep.

We’re reaching out to Amazon for confirmation and more details and will update the post with any new information.

Update 9/7/2012 (1:35 p.m. PT): Amazon is apparently not willing to let people opt out of lock screen advertisements on the new line of Kindle Fire devices, reports Cnet. This contradicts information from the Amazon support contact’s response (above), which states that owners would have a way to banish the ads if they didn’t want them.

In the case of the Ad-supported Kindle readers, owners could pay to remove the ads when they redeemed a special offer. Presumably this fee would cover the lost revenue Amazon was bringing in for the advertising. However, this option won’t be available to new Kindle HD owners ( 7-inch, 8.9-inch, and 4G LTE versions).