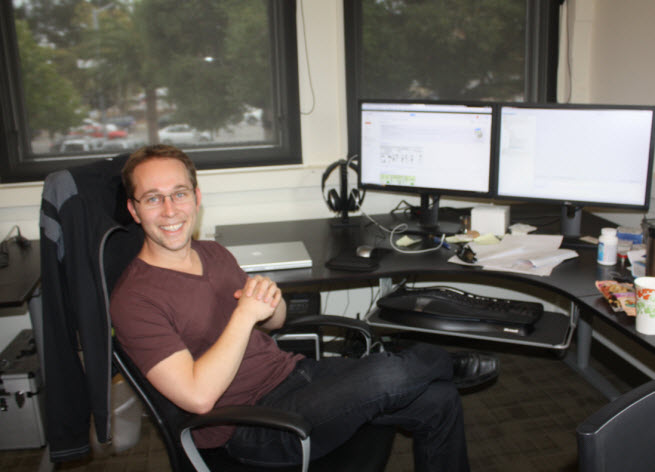 Social gaming firms like Zynga are overly dependent on sales of virtual goods. To fix that problem, Blake Commagere, a pioneer of early social games such as Vampires, has created a way for game companies to easily insert product placements into the environment of their games, much the way that filmmakers do with strategically placed cans of Coca-Cola in movies or TV shows.

Commagere’s Palo Alto, Calif.-based startup, MediaSpike, has created what it calls the “first premier product placement platform” for social and mobile games. Developers can easily adopt the platform and connect with the biggest brands who want to reach targeted audiences who usually ignore less-effective ads such as banners. At a time when social games are slowing down, the extra revenue could be meaningful. Adding just 75 cents in revenue per month per user could be a significant increase in revenue for a game.

For Zynga, selling virtual goods in free-to-play games is its main business model, generating more than 90 percent of its revenues. But that seems lopsided to Commagere, who has struggled for years to develop a scalable, automated system that enables companies to reap money from alternative business models such as product placement.

Commagere says his latest startup was born from frustration. He found in his earlier efforts that he had to turn down advertisers who wanted to place product advertisements in his games. Even though they were cutting him checks of hundreds of thousands of dollars, it took too much time and effort to get the ads to properly show in the games. It was all reduced to hand-coding, a laborious process that distracted engineers from actually working on the games.

“There were so many pain points that the industry settled upon virtual goods,” Commagere said, and that gave rise to companies like Zynga, which made lots of money selling virtual currency in its poker game.

So Commagere’s team of 10 employees set about creating a platform for scale, speed, and ease of use. Consider the image from a sample game below. On the wall is a spot for a generic glass of beer, and over the bartender’s head is an icon for a beer. An advertiser could use the specifications from MediaSpike to create an isometric view, two-dimensional ad for both of the locations. As you can see from the second picture below, it takes very little effort to insert a Red Bull ad into the generic slot. 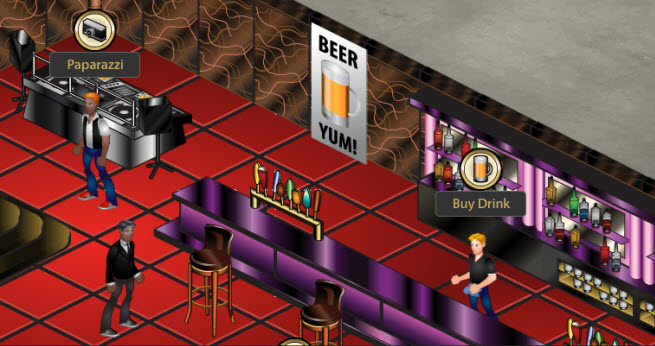 Commagere said that this kind of in-game advertising has been tried on the video game consoles by companies such as Massive (which Microsoft acquired), Double Fusion (whose former CEO Jonathan Epstein is an advisor to MediaSpike), and IGA Worldwide. But in-game ads in high-end games never reached their full potential. The process of incorporating ads into in-game locations was too difficult for teams that were designing games two or three years before the games were supposed to appear. That didn’t match up to the schedules of advertisers, who time campaigns in a matter of days or weeks.

MediaSpike hopes it can do better. It is capturing analytics from the activity of players who venture near the product placements and see the ads, which can add a layer of authenticity to a game that is designed to resemble the real world. With a few clicks, a generic potion in a game could become a real energy drink. Advertisers could also insert real songs into a virtual jukebox machine or replace an animal in the game with a real-world mascot. In-game televisions could actually display real video ads. And developers might find they can charge more for branded virtual goods in their games. 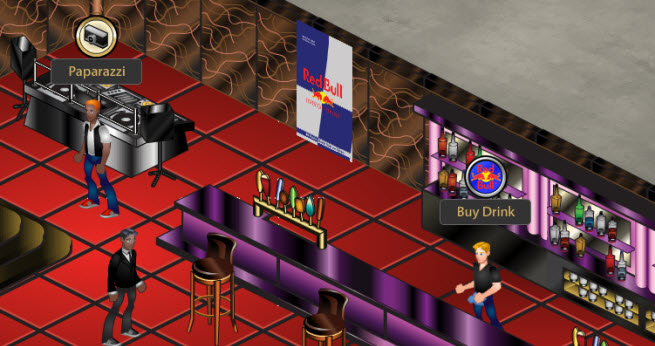 It remains to be seen if Commagere can repeat some of the success he saw in the past. Back in the spring of 2007, Commagere was a 30-year-old veteran of viral marketing and a veteran of early social firm Plaxo, where he met the now-billionaire Sean Parker. Commagere saw that Facebook was about to open up its applications programming interface to third-party developers and he began experimenting with apps that could spread to as many users as possible. He created memorable apps such as Zombies and Vampires. Those apps were played by more than 50 million users, a huge number given Facebook’s relatively small audience at the time. He was also a member of the four-member team that created Causes on Facebook, an app which has raised more than $20 million for various charities.

In 2009, Commagere went on to become a cofounder and chief technology officer at Ohai, a social game company headed by former venture capitalist Susan Wu. They were creating a Flash-based massively multiplayer online game (a successor to the Vampires game), but the Flash platform couldn’t live up to the fast-action game that the developers wanted to create. Commagere left the company and Ohai eventually went belly up.

Along the way, he remembered how he created experimental in-game ads in his early titles and never got any complaints from users.

“It held a lot of promise and the brands were thrilled,” he said. “People had strong brand identification, and they complained when the product placements ended. It was like wearing a Nike T-shirt to the mall in the real world.”

He founded MediaSpike in 2011 and raised an undisclosed amount of money from Raptor Capital, CMEA, 500 Startups, Venture51, EchoVC, and HNK Ventures. MediaSpike doesn’t have any direct competitors at the moment, though digital ad agencies may be trying to solve some of the same problems he has tackled. Ideally, those ad agencies that specialized in social media could become customers of MediaSpike.

The platform, visualized below, is designed to make it easier for an advertiser to pull the trigger on an in-game campaign. They can see the actual icon that will be used in the game and see how it looks inside the game by clicking on a link that takes them into the actual placement in the game. The interface is designed to take the time, pain and expense out of the process. Artists know exactly what kind of asset they need to create and they can check whether it’s going to be the right size or not. And the art in this kind of social or mobile game is a lot easier to create. The analytics can be used by advertisers and game developers alike to examine how effective the ads are. MediaSpike creates a sample rate card, though the actual advertising rates are subject to negotiation.

“This really accelerates the process,” Commagere said. “The goal that we’re heading toward is self-service product placement.”

Advertisers can create targeting filters with the platform, such as targeting 100,000 men ages 13 to 34 in the U.S. market. The ad shows up only in the appropriate games where the player matches the target. MediaSpike is now in private beta testing and it has a waiting list of more than 100 developers. The aim is to make product placement into a huge revenue generator for game developers and open up new types of social and mobile games. The platform will work with games on iOS, Android, Facebook, and other platforms. So far, Commagere can’t talk about current advertisers or developers.

Hopefully, the task of creating product placement deals won’t be like picking up a bunch of pennies off the floor. But if Commagere has created the equivalent of a Hoover vacuum cleaner, then it won’t be a waste a time to collect all of those pennies.