Card games have long been a fairly visible part of the Penny Arcade Expo (PAX), and this year’s convention weekend was no different. There was a profusion of tabletop, deck building, and card-based gaming at the Washington Convention Center, where the Expo was held, and a ton of gamer geeks playing them.

Card-based gaming companies covered large areas of display space, showing off their collectible card games — which have come a long way since the 1990s, when Magic: The Gathering and Pokémon established this subgenre of gaming. While these booths were considerably smaller than the bombastic bloat of, say, the Sony or Alienware display areas, the passion of both vendors and attendees were in evidence in many spaces around the convention center in which the expo was held.

Enthusiastic groups gathered at tables, benches, and other spontaneous spots to dig into card games purchased at the conference from the very same booths. Here’s a look at eight of the games that caught my eye, along with some extra information and links out to the creators’ web pages. 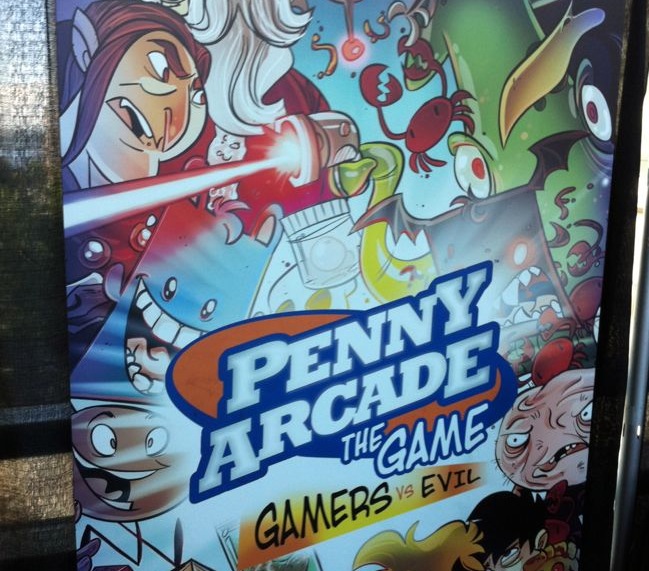 Penny Arcade: The Game — Gamers vs. Evil , created by Cryptozoic Games, is a deck-building game with cards that feature the characters from the Penny Arcade webcomic. Players choose a hero, build a deck, and play across two rows of cards in the middle of the table, as well as in player vs. player battles. The goal is to build a stronger and stronger deck and end up with the highest number of victory points at the end. It costs $44.99, and an iOS version is coming soon. 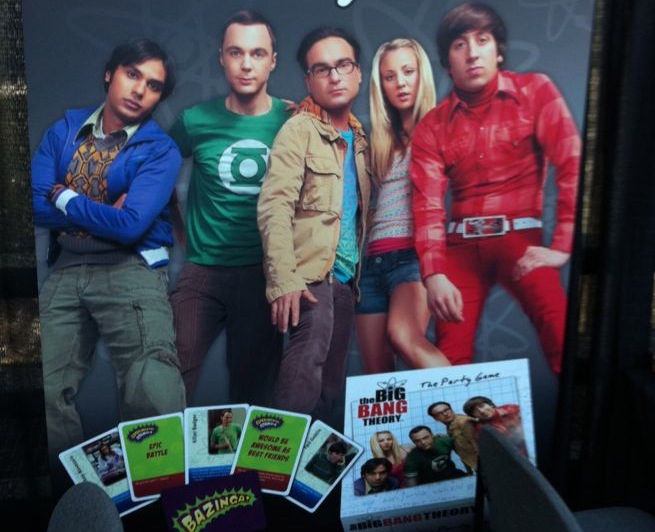 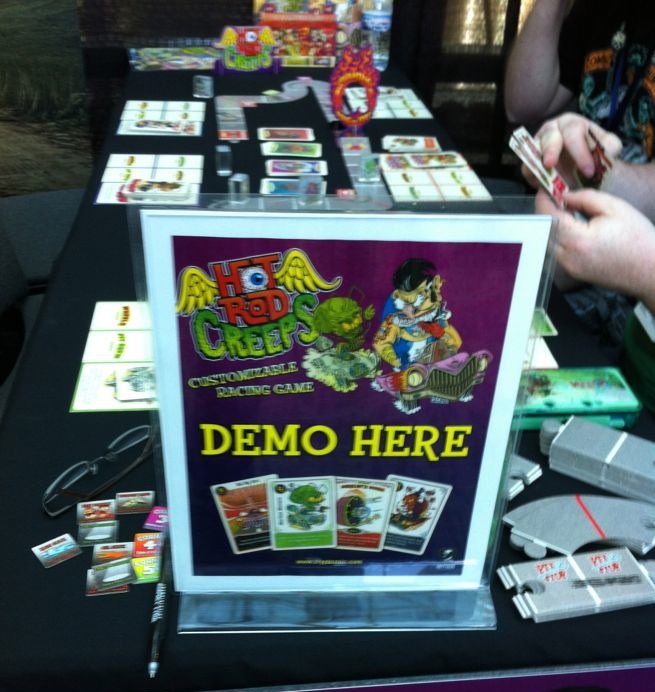 A third Cryptozoic card game at the show this year was Hot Rod Creeps ($45). This has players constructing racetracks and then racing cars using the cards from the deck. Players choose one of six teams: Epic Battle Wizards, Monsters, The Underworld, Food Fighters, Aliens, and Rockabilly. Each team and associated deck has specific strategies and powers to use on the way to the finish line. 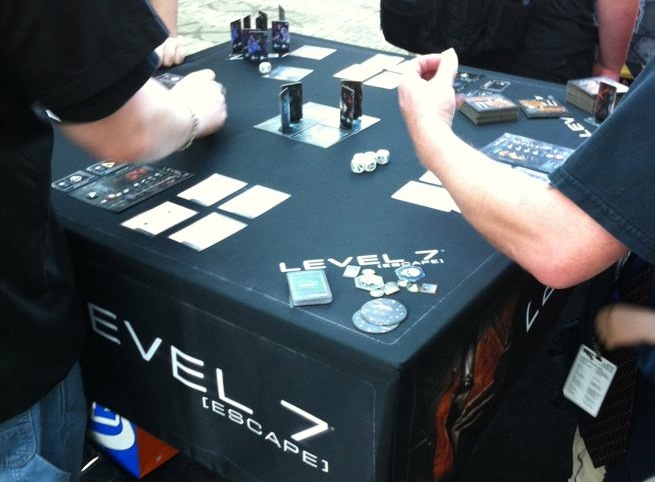 Privateer Press was showing its science fiction-themed Level 7 [Escape], which is set in a dystopic future universe. It’s only available as a preorder (for around $42), but its tables were full every time I went by them. Described by Privateer as a “semi-cooperative, story-driven survival-horror board game for 1 to 4 players,” Level 7 [Escape] may be the next big thing in card gaming, if the amount of people interested in it at PAX are any indication. 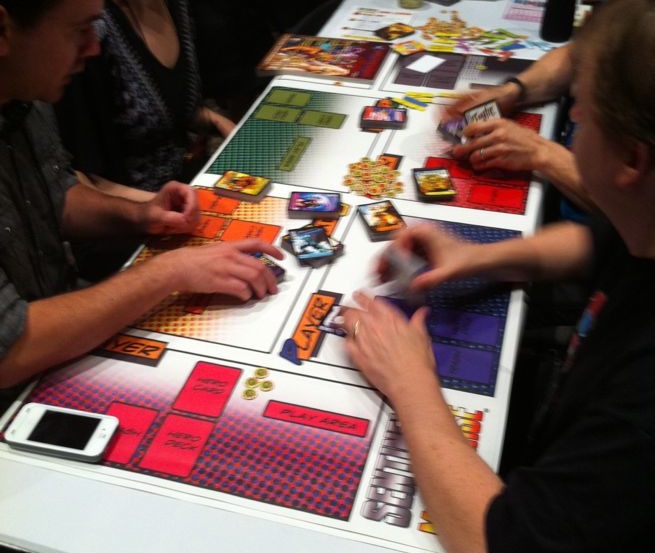 The cooperative card game Sentinels of the Multiverse was introduced in 2011. Players manage a team of comic book heroes, battling villains across four different area. Greater Than Games is the publisher, and it just finished a successful Kickstarter project focusing on an expansion to the game, Infernal Relics, as well as an Enhanced Edition, which retails for $39.95. 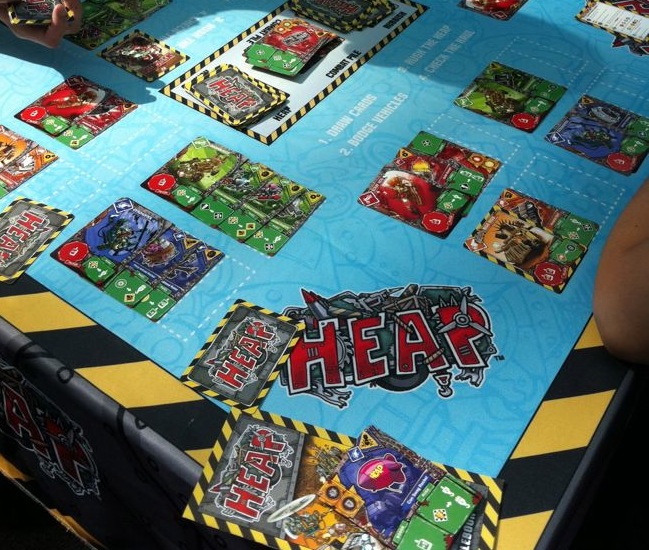 Heap is a wacky-looking card game from Privateer Press that involved goblins and customizable derby cars retailing for $21.99. The point is to descend upon large piles of discarded car parts and weaponry to trick out your own vehicles and then battle the leaders of each gang with their enhanced cars in an arena battle. 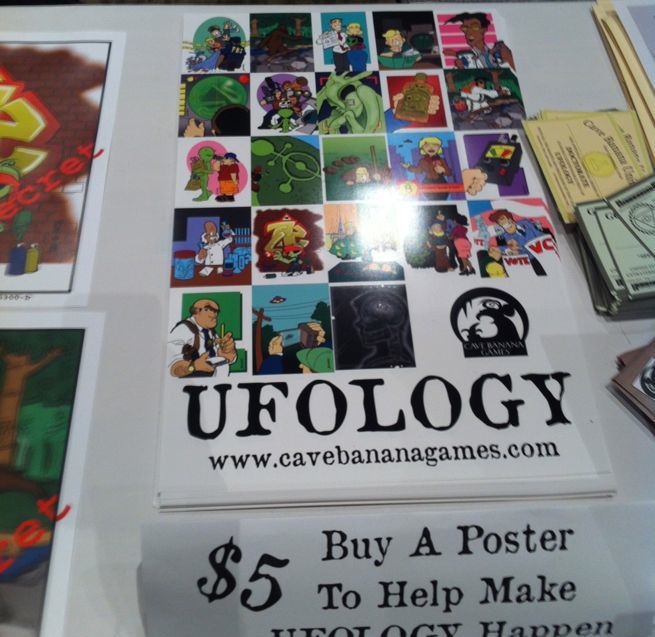 The UFOlogy card game takes on the fringe science of extraterrestrial life, tasking players to research, collect evidence, and build a case for the existence of alien life on this planet. The game is currently looking for funding on IndieGogo, a Kickstarter-like crowdsourcing website. It’s also has a print and play lite version which lets you try it out before committing to the full game. The game is currently on offer at Cave Banana Games for $35 donation level on IndieGogo. 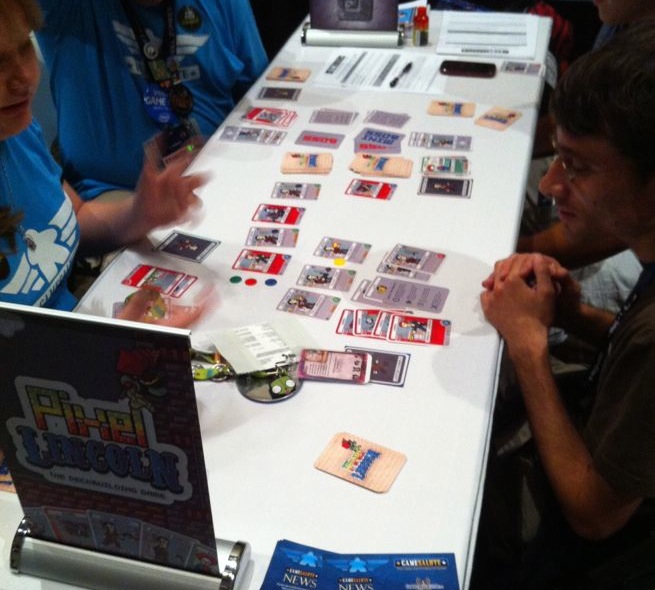 Pixel Lincoln, another Kickstarter-funded game, is a deck building card game based on the upcoming Nintendo DS title of the same name. It features a 16-bit pixel art version of President Abraham Lincoln, who must travel through time and space to fight wacky enemies with his beardarang. Yeah, it’s really that odd, and it’s available at the $25 and up donation level on Kickstarter.