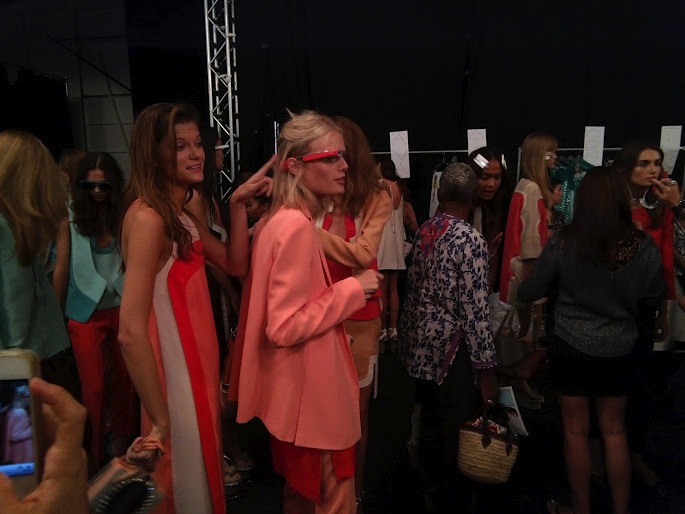 Google is teaming up with arguably one of the most revered designers of ready to wear fashion, Diane Von Furstenberg. She is credited with giving women the gift of the wrap dress, and is one of those fashion icons whose name will always be synonymous with effortlessness.

Now, please let me remove my lips from her ass.

A few DVF employees (maybe even Diane herself) will be wearing one of Google’s “Project Glass” headpieces throughout her show at Fashion Week. Project Glass is that Star Trek-like technology that gives you information about your surroundings in your eyes, as opposed to on a phone screen. Google and DVF will air a “short film” on her Google+ brand page on September 13 and on YouTube. She has also been posting photos from today’s show on her Google+ page, which you can see now.

It looks like some of the models also wore the eye glasses, so we may get a shot of what it’s like to cat walk.

Google may also be trying to prove that the eye-wear is, well, wearable, by associating it with Fashion Week. That’s one of the big issues Google will face when releasing technology that becomes an accessory. It has to be something people will want to wear.

The technology might not answer the age-old question, “Is my yellow, your yellow?” but as long as yellow doesn’t become the new black, I think we’re all good.