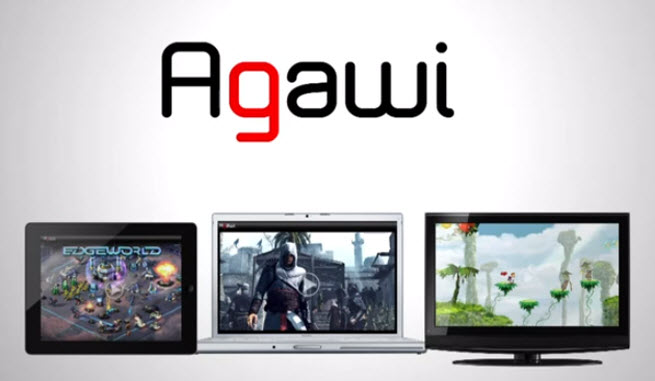 The deal means that it will be possible to enjoy games created for other platforms on Microsoft’s Windows 8 PCs and tablets, said Peter Relan, the executive chairman of Agawi in Menlo Park, Calif., in an interview with GamesBeat. Agawi will use Azure to stream Facebook social games and other titles to Windows 8 PCs and tablets, so that players can play “any game, anywhere, instantly.” (The initials for that phrase are the letters in the Agawi name.)

Windows Azure is a cloud-computing platform that Microsoft has set up to provide web-connected data center infrastructure to startups that need to accommodate lots of Internet users connecting to websites. Like Amazon Web Services, it is a “public cloud” service that enables startups and other companies to grow quickly without spending a lot on Internet infrastructure.

Agawi will use Azure to offer cloud streaming for all types of games — Facebook social games, midcore titles, and hardcore games — to all devices. Relan said that popular AAA titles will be made available in the coming months for instant play on Windows 8 devices with no rework for developers. As such, Agawi plans to offer the same kind of cloud-gaming service as OnLive, Gaikai (now owned by Sony), Playcast, and others. Relan is making the announcement at the Cloud Gaming U.S.A. conference in Burlingame, Calif.

“We have been having discussions with Microsoft for a while,” said Relan. “The two prongs are our adoption of Azure, so we can use the largest cloud provider to bring our solution to the market. The second thing is to add new clients with Windows 8.”

The advantage for users is that they will be able to instantly log in to their games and resume playing on any device even if developers have not taken the trouble to port a game to that device. The web-connected data center executes the game in its servers and then sends a stream of video down to the user’s tablet or computer. Agawi has previously streamed Facebook and web games to iPad tablets. Now it is expanding to include new platforms such as Windows 8 and beefier hardcore games with high-end 3D graphics on devices that would not otherwise be able to run them, said Relan.

Agawi’s aim is to stream games to tablets, TVs, and PCs. With new tablets coming out based on Windows 8, Microsoft will enable Agawi to hit even more platforms.

“We are looking forward to bringing not just social games, but PC games and console-quality content to new devices,” said Relan. “To do that, we have to run Windows in the cloud. What better way to do this than have the games run in the cloud and stream them?”

Agawi was started as part of Relan’s YouWeb incubator in Menlo Park, Calif.