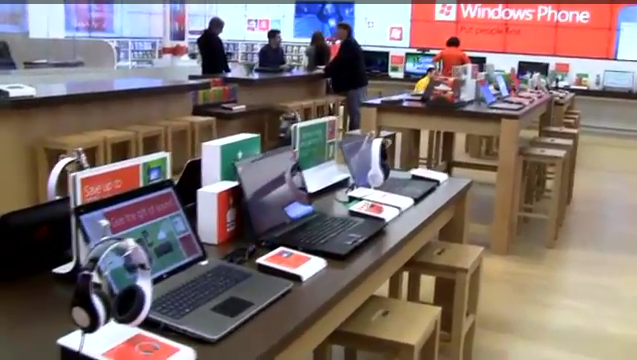 Just in time for its launch of Windows 8, Microsoft announced plans to set up 32 temporary retail stores across the country this fall.

The move is likely a two-part plan, with the first and most obvious reason being to capitalize on the holiday shopping season. The second reason is likely related to the handful of big product debuts the company is making.

Not only is Microsoft releasing the hotly anticipated Windows 8 operating system, but the company is also releasing its Windows 8-powered tablet, Microsoft Surface. And with the world already smitten with the iPad and new Kindle Fire HD, Microsoft is going to need a staging ground for people to come play with the new products. The company is also prepping for a new generation of smartphones running Windows Phone 8, which they presumably will also get to play with at this temporary stores.

The popup store locations are pretty evenly spread out, with a focus more or less on malls in metropolitan areas. We don’t know exactly when Microsoft will begin opening up the pop-up locations, but we’re assuming they’ll happen shortly after the Windows 8 launch day and have a selection of products similar to what you’d find in one of the permanent Microsoft retail stores.

Check out a full list of holiday locations below.