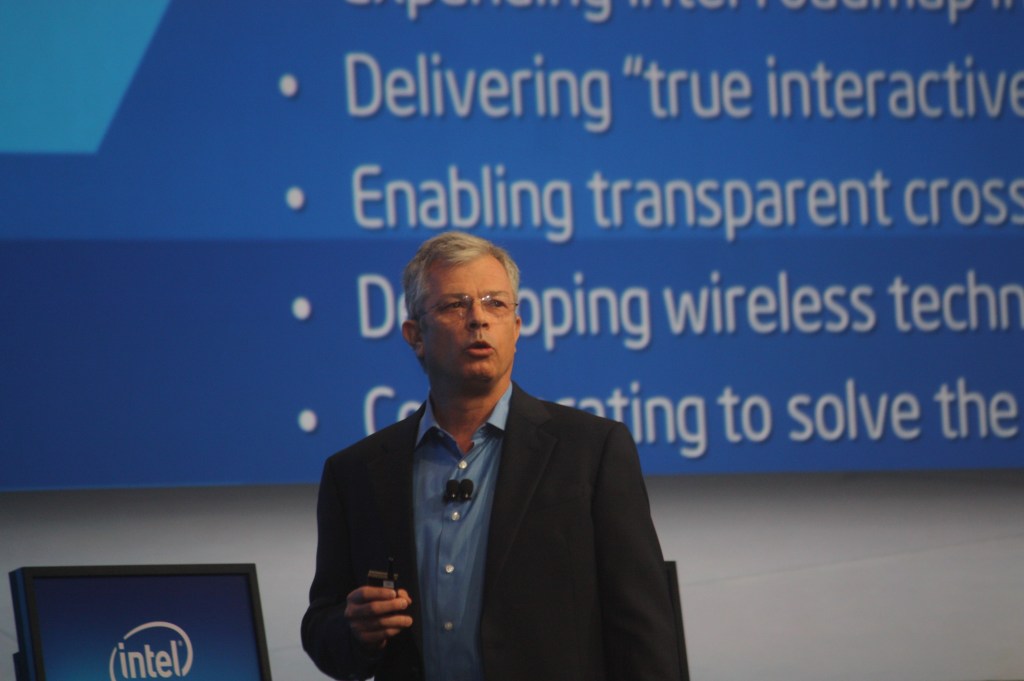 Intel executive vice president Dadi Perlmutter said in a keynote speech at Intel’s big developer event today that perceptual computing is the next wave of technology that will hit the personal computer and invade our lives in every way. Perceptual computing makes use of inputs beyond mice, keyboards, and touchscreens. It includes voice commands, face recognition, and gesture controls that can magically make something happen on a computer, without touching it. 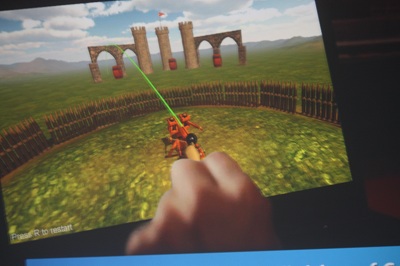 “It involves touchscreens, sensors, cameras and other things we are driving into small devices,” Perlmutter said in his speech at the Intel Developer Forum event in San Francisco. “People love the way they interact with machines. Some of us remember punch cards. This will be more natural and intuitive.”

The latest laptops, known as Ultrabooks, will have multiple ways to interact. Nuance-based voice controls will let you talk to your computer to run Google searches, start playing music, or share links on Twitter. Perlmutter, who is from Israel, said the technology will eventually be able to understand even his accent.

Intel is also working with SoftKinetic to bring 10-finger gesture recognition to the PC. With it, you can wave your fingers in front of the camera of a computer, and it will recognize your gestures. He showed how he could use his fingers to control a catapult game demo and hold a crystal ball, by waving his hands in front of a computer and not touching it.

“This is just the beginning,” Perlmutter said.

In a day, Intel says Internet users tally up 500 million Facebook “shares,” 230 million tweets, 100 million hours of video watched, and 86,000 hours of video watched. That drives the spiral of demand for both consumer computers and cloud-based servers in data centers.    To make sure the ecosystem has everything it needs, Intel builds technologies well beyond the microprocessors that are the heart of computers. It also creates building blocks for better computing experiences and partners with those who enable it.

That’s why Intel is pushing perceptual computing. Faced with competition from Apple’s iPad and smartphones, Intel wants to modernize the computer and make it innovative again.

Perlmutter also said that the Ultrabook journey begun in 2011 with the introduction of low-power Intel microprocessors is now going strong with a new generation of thin and powerful laptops that resemble Apple’s MacBook Air computers. Next year, Intel will introduce its next-generation Core processor, code-named Haswell. The fourth-generation Intel Core chips will be the brains of laptops, tablets, and possibly even smartphones in the coming years.

Intel is also designing device-level authentication technology to improve security for automated transactions carried out in conjunction with mobile devices, such as near-field communication (NFC) technology build into it. NFC is very short range and allows for interactions to occur as you wave a credit card over a computer’s NFC reader. Intel has partnered with MasterCard to bring this technology to PCs for better online shopping, Perlmutter said.