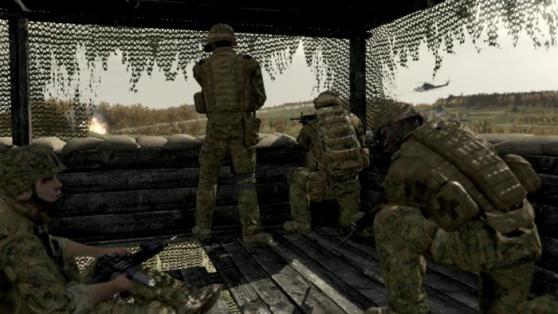 Late last night, Greek news outlets began reporting that a pair of Czech game designers working for Bohemia Interactive were arrested for allegedly spying on a military base.

While little is officially known at this point, the Greek press says that the authorities caught the two yet-unnamed developers taking photographs and video of “military facilities” on the island of Lemnos. An early report from Kotaku suggests that they were collecting reference photos for Bohemia Interactive’s upcoming ArmA III, a military shooter that will take place on a Greek island, but a statement released by Bohemia (and obtained by GiantBomb) says that they were simply on vacation.

In an earlier post on the official Bohemia forums, CEO Mark Spanel did confirm that the story was true but refused to say anything else on the subject until the details were more clear. Bohemia’s official statement defends the employees and claims that the company has always made games “based only upon publicly available information” and that it has “never instructed anybody to violate the laws of any country.”

The only development to come out since the arrest is courtesy of CVG, which reported that the police had moved them to the island of Lesbos for district court and that they have yet to actually be charged with anything.

Also according to CVG, this is not the first time that Greece and Bohemia have argued about what sort of information is fair to use.  Antonis Hatzidiamantis, the mayor of Lemnos, has objected to the studios’ use of publicly available area maps, arguing that it could potentially harm them strategically, due to the country’s close border with Turkey (and Turkey’s massive military).

We will update GamesBeat when more information about the fate of these two developers becomes available.