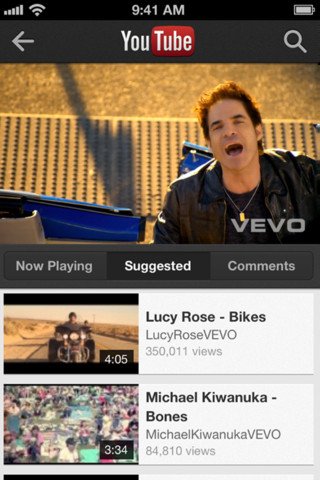 Soon you can forget about Apple’s terrible YouTube iPhone app for good: Google last night released its official YouTube app for the iPhone and iPod Touch, which offers a more streamlined interface, access to more videos (and the ads that power many of them), and more sharing capabilities.

Last month we learned that Apple wouldn’t be offering its YouTube app in iOS 6. Instead Apple revealed that Google had its own apps in the works. Even though YouTube has been a core iPhone app since the smartphone launched in 2007, that app was developed by Apple and didn’t receive many updates. Google managed to one-up Apple’s YouTube app with a revamped HTML5 web interface back in 2010.

Even though it sounds like a step backwards, the addition of ads to the new YouTube app means it now has access to tens of thousands of new videos. That means you can finally watch music videos from channels like VEVO, which relies heavily on YouTube’s ads.

I haven’t had much time to play with the new YouTube app, but it’s immediately apparent that it’s meant to look like like the Google+ iPhone app. For example, swiping your finger on the left edge of the screen reveals a menu full of options, including access to popular videos and your subscribed channels.