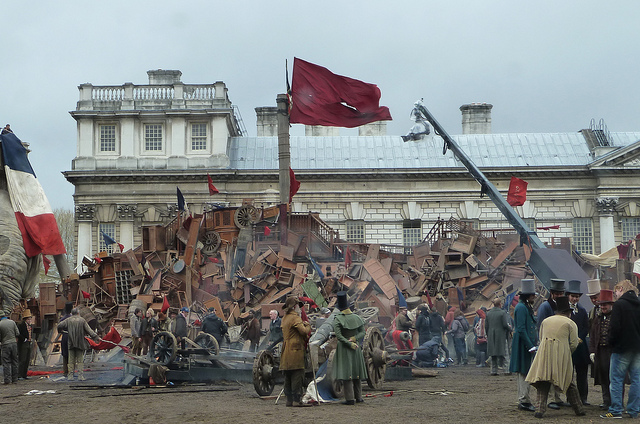 Travis Kalanick is a fighter. As he sat on stage at TechCrunch Disrupt, the Uber founder radiated intensity as he spoke about his company’s continuing battles with regulatory agencies.

It is an easy stretch of the imagination to picture him at the helm of an army, waving a revolutionary flag and calling for Liberty, Equality, and Fraternity.

These are, in fact, the values he says he is fighting for. Uber is a car service where users can book luxury rides on demand from their smartphones. It is more expensive than the average taxi service, but the quality of the service and vehicles is higher. It offers a desirable arrangement for riders who have trouble finding a cab, or who prefer to travel in comfort and style, as well as for the drivers who can generate extra income.

Uber’s opponents are local transportation regulatory agencies. Cab services are heavily regulated in American cities, and regulators have claimed that Uber is illegal. Kalanick, of course, disagrees, and has gone up against taxi commissions across the country to keep his business alive.

“I don’t understand regulators,” Kalanick said. “They are governed by three principles. One is cronyism, they feel the need to protect people they regulate. Two is control. If they don’t have rules for something, they feel it is illegal even if it isn’t. You have to have rules to enforce them. Three is communication. They are incredibly sensitive to what is in the public view. But If you only follow the rules, they will never let you make the city a better place.”

Kalanick strategically designed his business to get around the tangled web of transportation regulations. While he is engaged in legal drama, he said he has legions of riders taking up his cause on the social media streets.

“What social media allows us to do is give consumers and citizens a voice to make their city a better place, let the right things happen, let innovation flow,” Kalanick said. “We put so much love into our product and it delivers so much value that if a politician or a regulator tries to take it away because of incumbent industry pressure, they get enraged. This is not a blue or a red state issue, this is about people having a good quality of life and high quality of services in cities around the world. We are making the world a better place.”

In the wake of Uber, a number of other alternative taxi services like Lyft and Sidecar have cropped up. Cities have also responded by changing their regulations to make cabs more accessible. Not one to shy from a fierce playing field, Kalanick said he welcomes the competition.