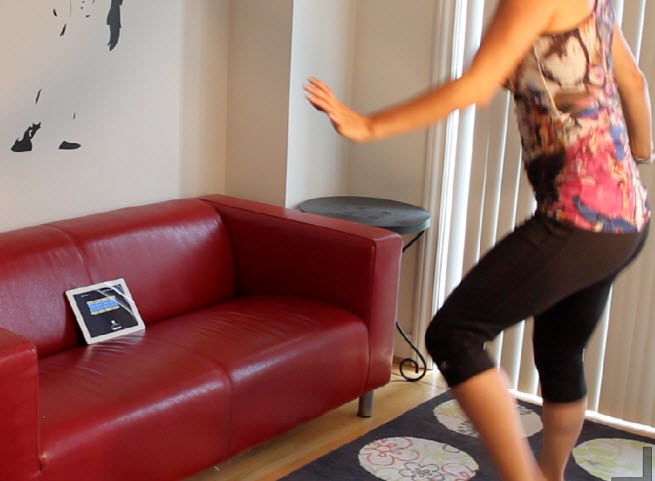 BitGym is coming out of stealth today with the aim of bringing motion-sensing and exercise games to mobile devices. The San Francisco startup is releasing a software development kit that will allow developers to create third-party motion-controlled games for iOS (Apple iPad, iPod Touch, and iPhone) and Android smartphones and tablets. 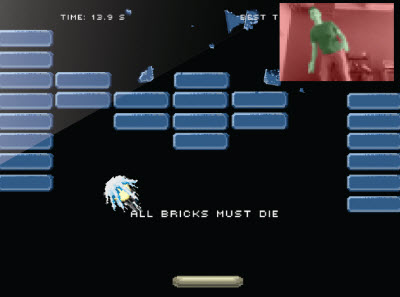 The system has tracking technology that uses the front-facing camera of a gadget to track players. It does so with fast interaction (low latency), low central processing unit usage, and sub-millimeter precision in detecting your movements. That sounds like a technological feat, as motion-sensing technologies usually require a lot of computing power and 3D-depth cameras.

The goal is to encourage people to get exercise as they play motion-sensing games in front of a mobile device, at those times when playing in front of a Kinect-enabled Xbox 360 or other console just isn’t feasible. The founders of BitGym also say that iOS and Android devices are likely to outsell Kinect and the motion-sensing Nintendo Wii by 40 to 1.

“The future of motion games is on mobile,” said BitGym co-founder Alex Gourley. “This year iOS and Android devices will outsell Wii and Kinect sensors by 40 to 1.  They can be used anywhere in the house but can also plug into your TV. Most importantly it’s far cheaper to create a mobile game; console motion games are so expensive to build that it’s hard to take a risk and innovate.”

The BitGym software tracks the player’s center of mass in the X, Y, and Z axes. It can also track which way a player is leaning. Mobile games with tap, tilt and swipe actions could easily be ported to the BitGym software.

“Developers who need more complete body tracking should keep an eye out for future releases; we’re getting there quickly,” said co-founder Josh McCready.

The SDK works with Java, Objective-C, C++, and C. The kit ships with a Unity3D plug-in which allows developers to quickly build their motion games and then distribute them on mobile platforms.

“Surprisingly, many existing mobile games convert to motion controls without much work,” said co-founder Clint Stevenson. “Any games which use simple tilt, swipe and tap-to-jump inputs can map gameplay to player lean, side-steps, and jumps.”

Games based on San Francisco-based BitGym’s platform are expected to launch early next year. BitGym was part of RockHealth‘s inaugural incubator class. It raised a seed roundof $85,000 from investors Sam Altman, Zen Chu, and William Lohse. Altogether, the company has four employees and was founded in 2011. Gourley said the trio started BitGym because the “modern concept of exercise is broken.” But his company is approaching the problem from a view of fitness, not just pure gaming.

“We think good controls is where the design of exercise games should start,” Gourley said. “From there, we can always start to add coaching, scheduling, and tracking. But the core of it needs to be fun and natural, something game designers will do best.”