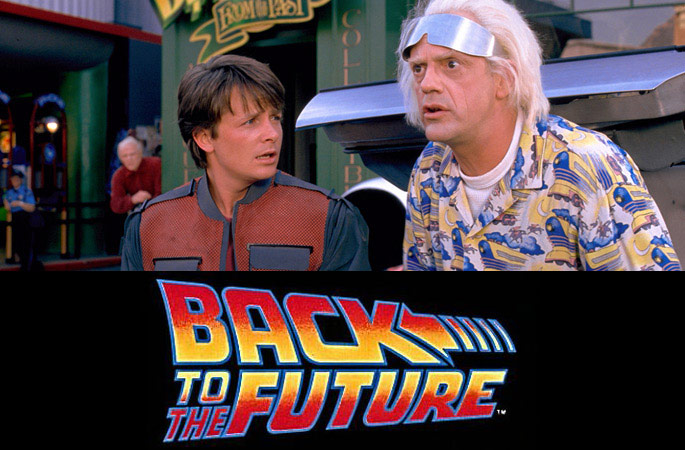 UpTo is a social network based on your calendar. Alternatively, it’s a social replacement for your calendar. Or it’s just a way of seeing what is happening in your neighborhood and for those you care about, in the near future. 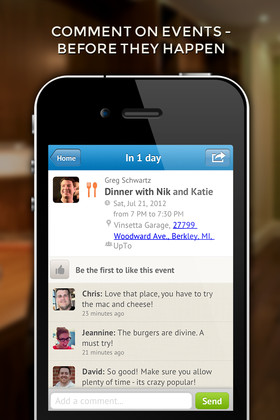 Or possibly, all four — in the form of an iPhone app.

I had a chance to sit down with UpTo’s chief executive, Greg Schwartz, on my current tour of Detroit-based startups. He gave me a tour of the updated app — and some insider info on what’s coming soon.

“The calendar has not evolved,” he said, for decades. “It’s still the same singular view of your own life.”

And while Twitter and Facebook are great for sharing, by the time you share and others read … they have missed out on the event. Or you have missed out on a great event that, if only you had known, you would have liked to attend. So while Facebook owns the social graph and Twitter the interest graph, UpTo is focusing on the intent graph: what you will be doing in the future.

The app proved its worth when Schwartz connected with one of the investors in UpTo on the app and saw that he was meeting Jason Calacanis. Schwartz immediately asked him to rep UpTo to Calacanis, and within a few weeks he found himself onstage at LAUNCH conference.

The timing of my visit to Detroit was unexpectedly excellent, as UpTo just released a new version into the app store yesterday, which the official @AppStore account tweeted out last night and Apple promoted as a featured app in the app store today.

That’s as good as it gets for a mobile startup, and the team was celebrating with high fives, hugs, and a special cake with a message I promised not to reveal (although I will say: One word rhymed with “witches”).

I asked Schwartz to walk me through the app:

“It’s very similar to Instagram being a layer on top of your existing camera,” Schwartz said. “UpTo doesn’t replace your calendar … it adds to it.”

When you’re using the app with friends, family, and coworkers, the result is amazing insight into what’s happening in the next days and weeks for those you care about. It’s simple just to browse what’s upcoming. And it may be even more powerful to view groups and individuals to see both what they’re doing — and how busy they are, or when they’re available.

“We spent about a year really trying to figure out the calendar piece,” Schwartz says, and the effort shows. “There are a lot of calendaring apps out there, and there’s a lot of challenges in making a great one.”

The app is a free download. UpTo is focusing on user acquisition right now, adding 55,000 in the last three months (that number will rise dramatically as a featured app.) Eventually, with scale, Shwartz sees monetization opportunities in intent-based advertising, affiliate revenue from ticket purchases, and such, and a software-as-a-service models with organizations.

The new version of UpTo now supports calendar streams from sports teams or other organizations you care about, events in your industry, and more. It’s part of the onboarding experience — UpTo wants to make sure that new users have more than just their own personal events in their calendars — and it’s an acknowledgement that your important events aren’t just to-do’s or meetings.

In addition, UpTo just completed a $500,000 seed round with participation from existing investors Detroit Venture Partners and Ludlow Ventures.

And, probably the biggest news is that UpTo is launching a fully native Android app next month with deep calendar integration.

Next on the agenda for Schwartz, in true founder fashion, is a Series A funding round. But if the team’s execution continues at this pace, and the Android launch is as successful as the iOS version is becoming, that doesn’t look like it will be a problem.