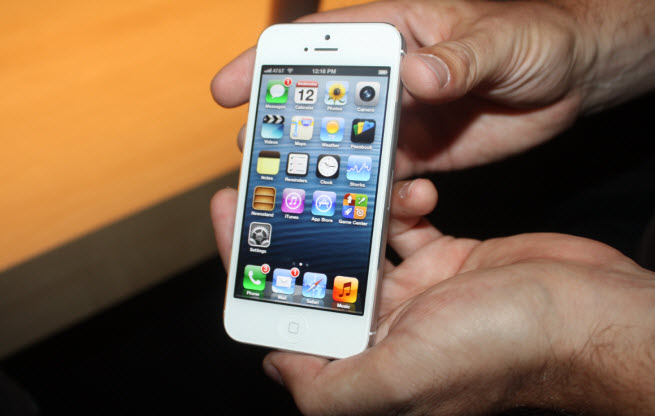 If you weren’t up at midnight last night to pre-order your iPhone 5, you may have to wait up to two weeks after the phone’s September 21 release date to receive it.

Just one hour after iPhone 5 pre-orders began, Apple’s website started to show the two week shipping estimate, according to MacRumors.

Don’t fret if you absolutely must have your iPhone 5 on September 21: AT&T, Verizon, and Sprint’s websites still point to September 21 for shipments at the time of this post (though their estimates may not be as accurate as Apple’s). Alternatively, you could also camp out at Apple or carrier retail stores on the morning of September 21 and pray they have units in stock.

Apple announced the iPhone 5 at a huge press event on Wednesday, which inexplicably ended with a performance by the Foo Fighters. The new iPhone is thinner, lighter, and sports a bigger screen than the iPhone 4S, while packing in plenty more power under the hood thanks to the A6 processor.

Meanwhile in China, a China Unicom executive confirmed that the iPhone 5 would be available there in the next three months, reports the Next Web. And China Telecom has said that it’ll be getting the phone soon after Unicom. There’s still no word on Apple bringing the iPhone 5 to China Mobile, the country’s largest cellular carrier. But there’s a good chance an LTE network upgrade could finally convince Apple to strike a deal with China Telecom, which it sorely needs to compete with Samsung in China.