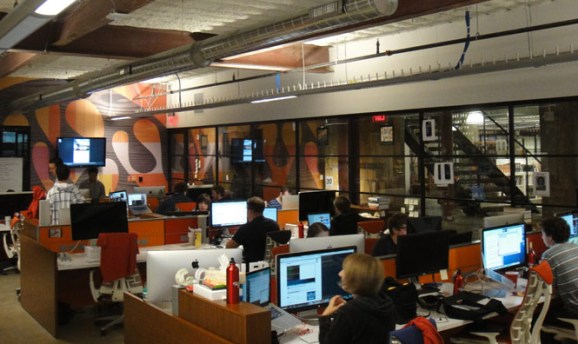 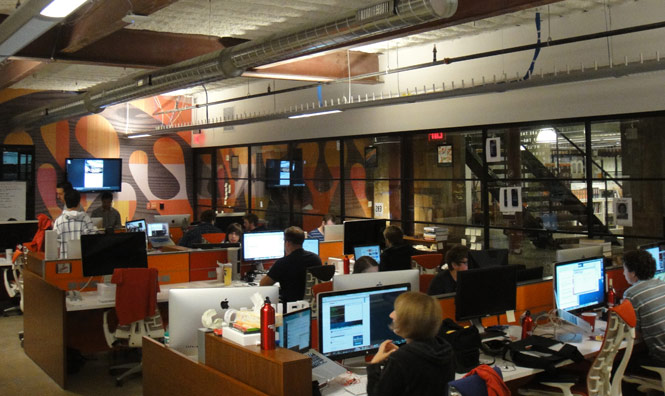 It’s not easy — I’ve spoken to multiple design and development companies who are trying — but it is possible. 37Signals is probably the uber-example, but it’s not unlikely that soon Detroit Labs will be another. And the company is doing it by following the Google model: 20 percent of each employee’s time is spent on projects and products for Detroit Labs itself.

“Because we do premium services, we can fund ourselves,” says chief executive Paul Glomski.

The company has created internationally recognized apps for massive clients, including an ordering app for Dominos that currently brings in $150 million a year — approaching 10 percent of the pizza giant’s revenue. Apps like this, and the Chevy GameTime app that had 700,000 downloads before last year’s Super Bowl and won the company a producing credit for a Gold Lion at Cannes Festival of Creativity, bring in enough revenue so Detroit Labs doesn’t need to push its developers for billable hours. 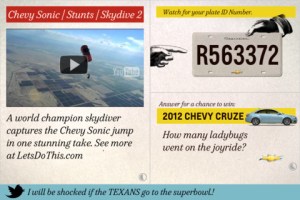 Above: The Chevy GameTime app

But Glomski doesn’t have time for the presumption that a services company isn’t a valid investment.

“I reject the notion that you can’t get high multiples with what we’re doing,” he says. “We’re already in the 20-100x range for our current level of investment, and I believe we could get to a $100 million exit with the trajectory we’re on.”

The company has grown to 30 people profitably, and Glomski makes the point persuasively that this scale gives Detroit Labs more time than the average startup to work on projects — essentially, more at-bats to try stuff and see what works.

“We have multiple chances to fail,” Glomski says.

The products his team is currently working on include a gamified betting app in conjunction with existing app publisher SideBets, a game, and a second-screen social TV app that is very close to a partnership deal with a major network.

The second-screen app is potentially a very interesting, very explosive opportunity because, as Glomski says, Detroit Labs is the company that figured out second-screen apps first, with Chevy GameTime. With that success and learning under the company’s belt — and with a partnership with a major TV network — this has a real shot at home run status.

The challenge for every studio that wants to be a product company is focus: clients phone, but your own projects don’t.

Glomski is very aware of this and is fairly fanatical about carving out time, saying that it is a challenge, especially for smaller companies. And he rejects the notion suggested in a Fast Company article that employee’s 20 percent time is spent “screwing around.”

“That’s totally not true … our 20 percent time is equally as serious and as intense as work we do for our clients — and sometimes more.”

But Detroit Labs’ 20 percent policy is as much about clients — and developers — as it is about creating the next billion-dollar idea.

“Great developers can work anywhere they want in any city,” Glomski told me. “We build great talent by giving them interesting projects.”

And he’s betting that the great talent is going to not only continue to produce premium apps for high-end customers, but also several major spin-out (or spin-in) venture opportunities.