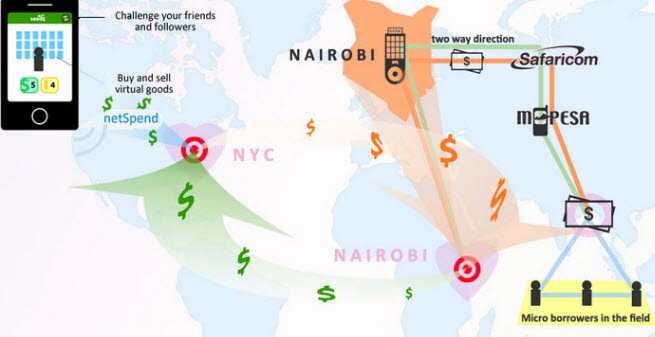 Gaming evangelist Jane McGonigal calculated that we spend 3 billion hours a week playing games. The folks at Seeds want to harness that time to make the world a better place and have fun doing it. They are making a game out of microlending, or making small loans to boost entrepreneurs in emerging countries. 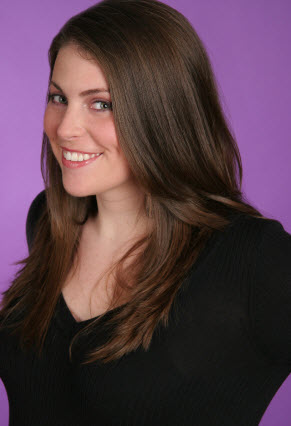 New York-based Seeds is like FarmVille (the Zynga social game) meets Kiva (the crowdsourced microlending nonprofit). The company’s team, led by chief executive Rachel Cook (pictured right), has created an iOS (iPhone, iPod Touch, iPad) game where you can create a virtual civilization while simultaneously lending money to boost real entrepreneurs. The company has successfully disbursed its first microloan in Nairobi, Kenya, and it’s raising more money on crowdfunding site Fundable to bring its app to Android and other platforms. The game uses direct mobile-to-mobile microlending.

The for-profit Seeds wants to combine the mass market entertainment appeal of social games with social good. It is part of a larger gamification movement, which uses game mechanics to increase the engagement of nongaming activities. Cook said in an interview with GamesBeat that it makes sense to catch players at a moment of enjoyment and appeal to their sense of generosity. 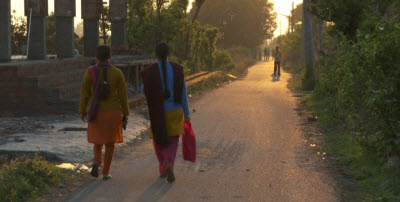 In the game, players explore a world, communally rebuilding a virtual civilization.

The Seeds team includes Amanda Wixted, the former tech lead of Zynga’s iOS team, and Brad Wiggins, a veteran game designer. Their game went up a few weeks ago on the App Store. It lets players speed up their progress in the game by making microloans to entrepreneurs around the world. You can track your progress on a leaderboard and compete with others to make more loans than they do.

“It’s very much a game, but it’s also an ambitious idea to change the way people think  about gaming,” Cook said.

Cook started the effort in May, 2011, as she was working on a documentary dubbed The Microlending Film Project, which focused on the efforts of women in Kenya to create their own businesses. The Microlending Film Project came about when Cook was a futures trader. She decided to make the film after she read a Nicholas Kristof/Sheryl WuDunn op-ed in The New York Times late one night at a Chicago trading desk. The article mentioned how micro-finance could empower women in the developing world.

Cook is about to begin a marketing tour that will show the movie at 50 universities and publicize the Seeds game at the same time. The stretch goal is to hit $250,000 in funding by the end of October. Cook says that Seeds can expand by making its applications programming interface available for use in other games. That would add the ability to make micro-loans to people who need them from within other games.

“We hope to get this done in a lot of innovative ways,” Cook said.

Cook noted that social gamers are a good audience for Seeds, since women are a big part of the social game audience and they’re also the main donors in Kiva.