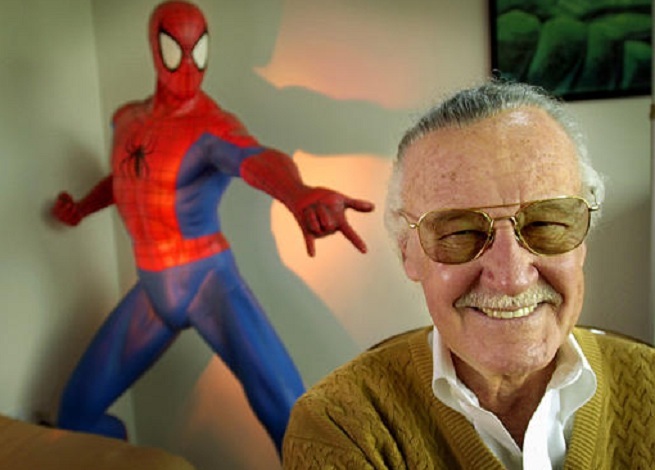 Lee’s Pow! Entertainment has teamed up with mobile game startup Moonshark to create Verticus, an action-adventure game. The move is another sign that mobile is attracting even bigger names. The reason is that companies are jockeying for a position in what could be the largest entertainment market.

The companies made the announcement at Lee’s Comikaze Expo in Los Angeles. The game will be available later this fall.

“Working closely with Moonshark to build characters and storylines for a mobile game has been a new and uniquely satisfying experience for me,” said Stan Lee, the founder, chairman and chief creative officer at Pow Entertainment. “Making Verticus is a new way for me to connect with my fans and reach a whole new group of people through their mobile devices.”

Dallas-based Controlled Chaos Media is developing the game. It will feature original characters, story, and voice-over by Lee. The eponymous Verticus in the game is a superhero charged with saving Earth from destruction (what else, right?) by an evil alien race known as the Obliterators. Verticus wears a high-tech jumpsuit that lets him free fall through space while avoiding obstacles.

“For us, there is no one more legendary than Stan Lee,” said Matt Kozlov, the chief executive officer of Moonshark, in an interview with GamesBeat. “This is a man beloved by multiple generations, and he has created … I don’t know whether Walt Disney counts … probably the most successful characters of all time. It’s kind of insane.”

Not only does Lee serve as a creative consultant to the project, but he’s actually in the game as your mission commander.

“I knew that Stan loves trying new things, and you can see that in some of the things he’s done even in the last 10 years,” said Kozlov. “He’s done video games, [but] he’s never done a mobile game, especially with the iPad. I’ve seen him with his iPad — he can’t put it down. But Stan has been just incredible to work with. He’s had feedback along the way, not just on the creative side, but things like putting in a map to better orient the user. We’ve taken a lot of his game design suggestions.”

And if Verticus is successful, Lee and Moonshark have bigger plans for expanding its universe.

“The game is the tip of the iceberg, and the iceberg is still coming into picture as we go,” said Kozlov. “We deliberately tried to make the game as focused as possible. You actually are entering into the game midway through what’s happening in this overall conflict. When the game starts, your character is blacked out and unconscious while falling, and the mission commander is telling you to wake up and get back to it. You’re brought into the sense that this has happened before, and you’re in the middle of the story.

“We are deliberately not giving away too much. We’re going to be unfolding things over time with updates, potentially sequels, and other extensions of the brand, but we didn’t want to overcomplicate things. And that was actually an important lesson: that you can create this massive, sprawling story. But for a mobile game, you want it to be tight, focused, and intuitive and let things happen from there.”