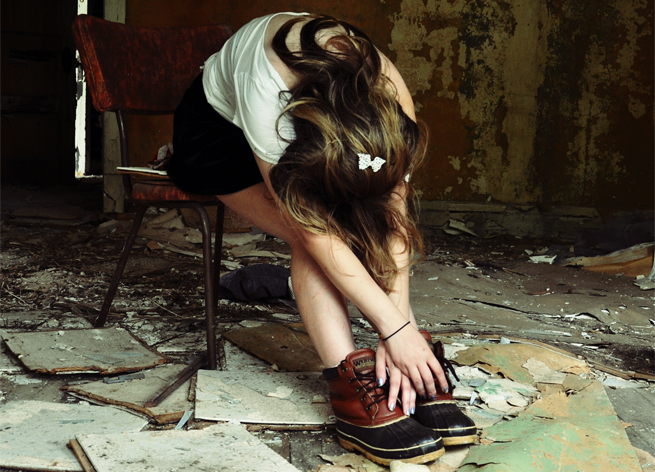 This post was written by Jeremy Hitchcock, CEO of Dyn, an Infrastructure as a Service (Iaas) provider.

Dyn has been a bootstrapped company and profitable from day one. We get a lot of questions on how we pulled this off, and while I would love to claim all the credit, there’s nothing really magical about our success. We started as an open-source, community-led project, found a need, and grew a company around it — fueled by a lot of hard work and many sleepless nights.

But when we incorporated in 2001, things weren’t pretty. We had never thought about funding, and since we were in college, we asked our customers to bankroll us. Actually, we said that the project would get shut down unless we were able to raise our $25,000 goal. When $40,000 came in, we knew we were on the hook.

We’ve grown and been profitable year over year. Now we’re eight years removed from my college graduation, have 150 people, and service some of the best Internet companies — plus 4 million customers — all over the world. We’ve learned a lot along the way, and there are a few tips that we can pass along.

1. Start with something you love.

Don’t be afraid to start small. We started with a little project that helped us access papers off our dorm room computers so we could escape walking through the cold to get to a lab printer. This is also how you understand the market/product fit and who is an ideal customer. By pursuing something personal, you understand the pain and the value that you can deliver in a product.

2. Spread the word and get others involved.

It’s easier than ever to get people to see projects and other ideas and to get public momentum behind them. Kickstarter, Twitter, Facebook, and Angel.co are great ways to do just that. You’ll want to get people using your service. We were free at the time (which was pretty unique) and enlisted a core group of volunteers who served as our initial customer support staff.

3. Get to minimum viable product (MVP) and dollar one fast.

When you start out, you are constantly thinking about dollar one — the first customer that actually pays you for your service. While we asked for donations to keep the project going, we also simultaneously launched a paid version of the service with additional features. When people are willing to part with their money because you deliver value, you’re onto something.

4. Revenue has to be greater than expenses.

John Lynch, the popular governor of New Hampshire and former head of Knoll Furniture, said this line many times: If there is a single rule in business, it’s that revenue has to be greater than expenses. This fiscally conservative approach worked well for New Hampshire, which, even during one of the worst financial crises in history, was able to maintain a balanced budget and create jobs. If it works for an entire state, it’ll work for your business.

Sometimes, this means sacrificing comfort. Since we were in college when we started Dyn, we didn’t have expensive tastes (except for the occasional trip to the Cheesecake Factory); we were perfectly happy cramming into a small office space. In fact, even as we grew, we maintained modest accommodations. All of those early sacrifices paid off, as we now have a spacious 30,000 square foot headquarters — but only because we can afford it.

The biggest tradeoff that comes with living within your means is that you obsess over efficiency. You’re always thinking about next year’s challenges while solving this year’s problem. It takes a lot of will to break out of each plateau and make sure that you don’t get stuck.

Around 2007 we were cruising along as an e-commerce platform, selling our services to small businesses and home users. But we wanted more. After a lot of careful consideration and even more risk, we decided to move upstream and provide an enterprise service. This gamble didn’t pay off immediately. There were more sleepless nights, but today, it’s fueling our growth. We wouldn’t have been able to take this leap if we weren’t living with one foot in the future.

6. Get lots of good advice.

Because people love the bootstrapping story, it’s easy to find people willing to share their experience. Don’t just talk to people in tech. Talk to people who run restaurants, ad agencies, do metal fabrication, own car dealerships, etc. You’ll realize that once you get the market/product fit relatively right (always a work in progress), all of your problems are related to people.

Of course, listening to advice is only part of it — you also have to implement it. Sometimes that is easier said than done, especially when you’re 23 years old. If you’re an entrepreneur, there is always part of you that thinks you know everything. But to grow a company, you have to accept your shortcomings and look elsewhere for answers — while simultaneously remembering that if you’re truly innovating, there may eventually be some things people can’t help you with, simply because they’ve never been done before.

In the end, it’s important to have a good time and love the people you work with. There’s nothing secret about running a company that is profitable from day one. It involves a lot of hard work but is incredibly rewarding when it happens.

The Young Entrepreneur Council (YEC) is an invite-only nonprofit organization comprised of the world’s most promising young entrepreneurs. In partnership with Citi, the YEC recently launched #StartupLab, a free virtual mentorship program that helps millions of entrepreneurs start and grow businesses via live video chats, an expert content library and email lessons.