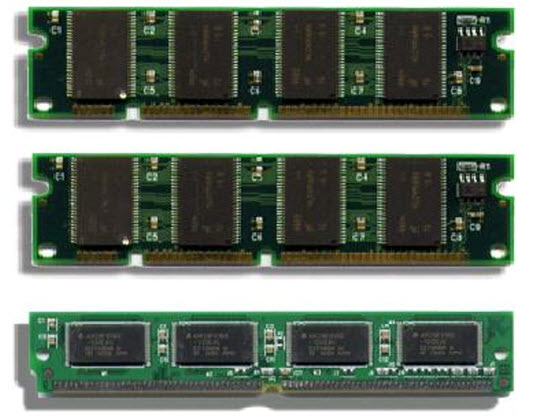 Dynamic random access memory chips have served as the main memory in personal computers since the 1980s. But for the first time since that decade, PCs no longer account for the majority of demand for the memory chips, known as DRAM or RAM. 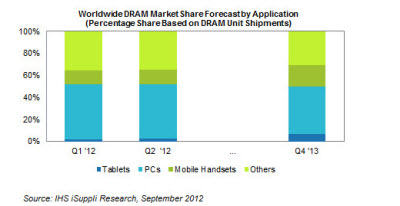 Market researcher IHS iSuppli reported that only 49 percent of new DRAM chips were used in PCs in the second quarter. By the end of 2013, PCs will account for just 42.8 percent of DRAM production. The rest will go into smartphones, tablet computers, and other devices, according to iSuppli. Tablets and smartphones are eating into sales of PC desktops and laptops, hurting the profits of companies such as Intel, Microsoft, Dell, and Hewlett-Packard.

Microsoft hopes to inspire a resurgence of the PC with the launch of the Windows 8 operating system on Oct. 26. DRAM chips are extremely fast at storing and transferring data, but they lose their memory when the power is turned off. They can be used to store computer programs and data while a computer is turned on, but permanent data is stored in NAND flash memory chips or hard disk drives. Increasingly, smartphones and tablets are becoming the nexus of computing. That is benefiting memory chip makers like Micron, Samsung, and SK Hynix.

The third-generation iPad has 1GB of DRAM, or twice the amount in the iPad 2. That is one reason that the new iPad is snappy and responsive. Tablets are 2.7 percent of second quarter DRAM demand, while cell phones are 13.2 percent.