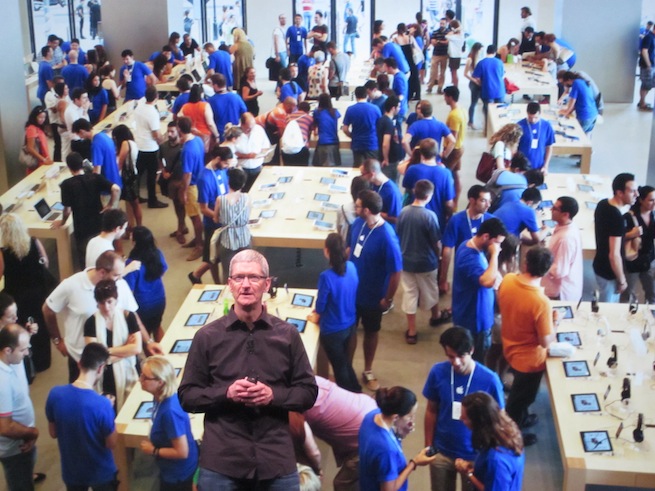 Apple’s stock moved beyond $700 a share today in after-hours trading, proving that all you really need to have a successful business is a new iPhone. Good luck to everyone else.

The new share price is the highest Apple’s stock has ever reached, and the iPhone 5 isn’t even in consumer’s hands yet. Last week, Apple released the newcomer to its iPhone line, which sports with a new form factor with a longer screen. Apple customers are loyal, excitable folks, who snapped up two million of Apple’s iPhone inventory in the first 24 hours of preordering.

And Apple is already drawing a crowd in front of its New York store on Fifth avenue, though, some of those fans are actually just lining up to promote their startups and bands.

On the same day, Apple also updated and released both the iPod Touch and the Nano, which now comes with a 2.5 inch touchscreen. It also showed off its latest mobile operating system iOS 6, a revamped iTunes, and released new earphones called “EarPods.”

The company hit its previous all-time high of $696.98 on September 14 and hit its newest high of $700.68 a share after the markets closed today. Apple already holds the title of most valuable company in the world, overtaking Exxon Mobile.