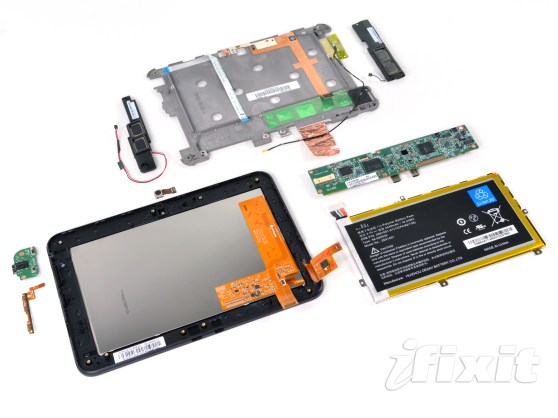 Whether Amazon’s Kindle Fire HD will topple the iPad this holiday season remains to be seen, but at least it’s easier to repair the Apple tablet.

So says the team at iFixit, which gave the 7-inch version of Amazon’s latest tablet the teardown treatment and found it fairly simple to take apart.

The Kindle Fire HD’s rear case is easy to open, its battery has no adhesive, and its interior features mostly run-of-the-mill Phillips-head screws. All of these things together should make it pretty easy for owners to disassemble and repair the tablet.

One problem, though, is that because the LCD display and front glass are fused together, breaking one means having to replace them both. So don’t drop this one.

While iFixit hasn’t gotten its hands on the 8.9-inch Kindle HD yet, chances are its internals will tell a similar tale to those of its smaller counterpart.