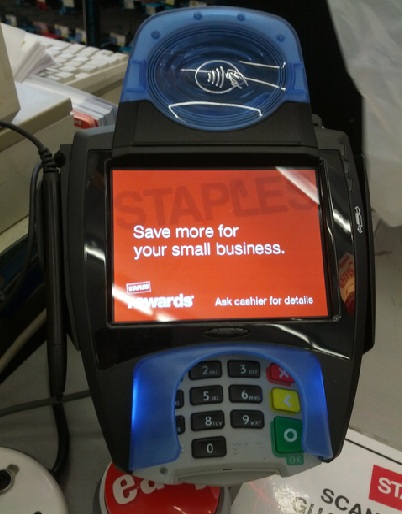 I haven’t had a lot of kind words for NFC, the mobile payments mechanism that some have touted as the Next Big Thing in payments. I’ve knocked it for being a kludgy experience that doesn’t deliver any meaningful consumer value over swiping a credit card.

Apple didn’t include NFC in iPhone 5. eBay CEO John Donahoe quotes a merchant as saying NFC stands for “Not For Commerce”, according to The Guardian. Isis, a mobile-carrier-backed proponent of NFC, has again delayed its launch of an NFC trial in a couple of small markets. That trial already represented significantly scaled back ambitions.

But NFC has another big problem: Even when you think it might work, it doesn’t.

As someone who follows the payments space closely, when I see a merchant that has an NFC-enabled terminal, I try to use it. (That is, if I haven’t already swiped my card, which is an almost instinctual behavior.)

In one case, I tried using NFC at a McDonald’s (purely as a test; I go to great lengths for VentureBeat readers.) After 12 attempts at tapping, I gave up and swiped my card because I felt bad for the cashier who might be getting dinged for a long transaction time while I played with the technology.

The latest trend I’ve noticed is that, among some merchants who have new NFC-capable terminals, the NFC reader isn’t enabled. I walked into a Staples in San Francisco that had recently upgraded its point-of-sale hardware to the terminal in the photo above. The clerk said they’d been installed in the last week. I pulled out my Galaxy Nexus phone, tapped, and nothing happened. Just to be sure it wasn’t my phone, I pulled out my NFC-enabled Starwood American Express card. Again, nothing happened. I swiped my card and it worked just fine.

I’ve had several similar experiences at Walgreens stores. Walgreens actually promotes Google Wallet, one of the leading proponents of NFC, including in this YouTube video. The NFC reader on the terminal just isn’t turned on.

The only place I’ve been able to get NFC to work reasonably reliably is at Macy’s.

For users, this creates a significant deterrent. If it fails even a third of the time people try to use it, why should they bother? Especially when there is no meaningful benefit to using it. Consistency of user experience is important. Swiping my credit card nearly always works. Currently, I’m batting 50% when it comes to NFC. It’s quite possible that I’m a “complete dumbass,” as one VentureBeat commenter claimed, but I don’t think I am.

On the flip side, merchants don’t currently have an incentive to ensure that the terminals work. If the magnetic stripe reader doesn’t work, it potentially costs them a lot of sales. That’s something that merchants will place a high priority on fixing. If the NFC reader doesn’t work, it’s not a big deal because consumers can still use the magnetic stripe.

Even when NFC does work, it’s not a compelling experience. But when it can’t even perform up to its minimal threshold for success, that’s a serious problem.