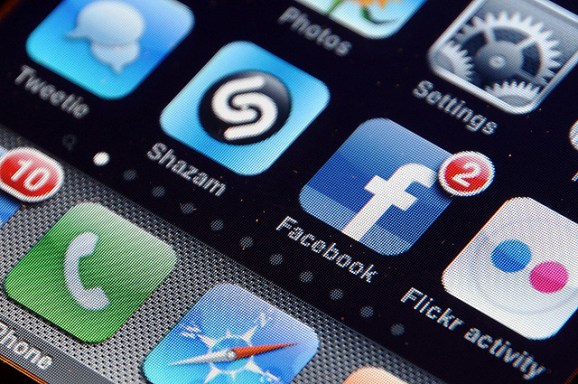 Shazam today fine-tuned its song and media identification service to work with television programming on more than 160 channels, at all times.

The Shazam application, which has more than 250 million users around the world, is now capable of “tagging” all television shows in the U.S., excluding some local-only programming. The app provides TV viewers who tag a show with show-related information such as music, cast information, trivia, celebrity gossip, recent tweets, and links to IMDB, Wikipedia, and official show sites.

People using the Shazam for iOS and Android application can also use a new Facebook-powered “Shazam Friends” feature. Once activated, the social functionality adds friends’ tags to the application experience. Additionally, a person’s Shazam tags will show up on his or her Facebook Timeline.

The move, which makes Shazam a fully functional TV companion application, is part of a carefully crafted strategy to become the mobile app people turn to engage with all content around them. The spruced up Shazam for TV experience also makes the senior startup directly competitive with second-screen applications such as GetGlue and Yahoo-owned IntoNow.

The expansion is a milestone moment for 12-year-old Shazam. The London-based company has been aggressively adding to its television playbook since February 2010 when it ran the first-ever television commercial optimized for tagging during Super Bowl XLIV.