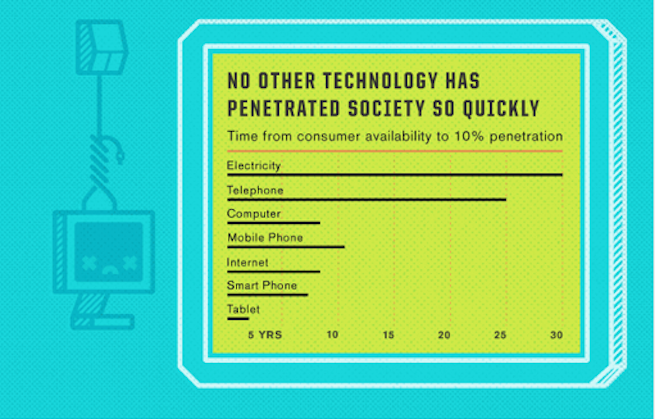 Every week, we see a tech company make a sweeping prediction about the death of the desktop PC.

Just this week, conference-goers at the Intel Developer Forum concluded that in the eyes of technology execs, desktops had virtually become obsolete. Amid all the discussion about mobile, it was a forgotten topic.

They have a point: Tablets are growing at an unprecedented pace, according to some stunning statistics. No other technology has penetrated society so quickly — not even electricity. In April 2010, the tablet market was born with the launch of the iPad, and within 18 months, it reached 11 percent of U.S. households. Apple has proven early critics wrong by selling over 84 million iPads.

Technology research firm, NPD Group, have predicted that tablets will outpace notebook PCs for the foreseeable future, eclipsing sales by 2016.

Tablet growth could also lead to a shift in online education. After noticing that its students were studying on their iPads, Onlineclasses.org put together this neat infographic that charts the meteoric rise of the tablet market.