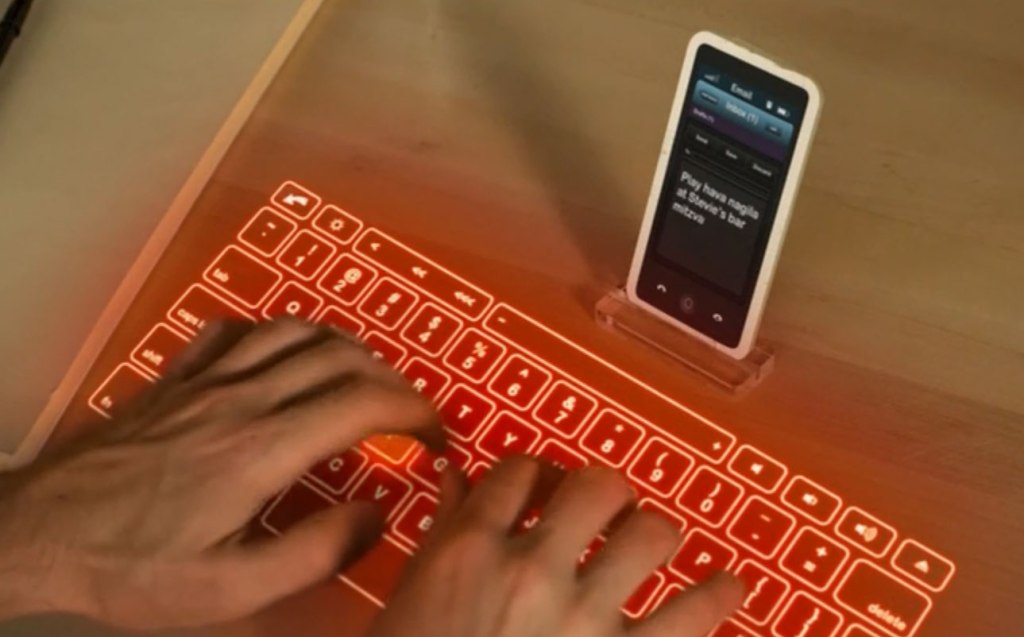 Although the episode was set in the near future, circa 2022, none of these gadgets are too far-fetched; in fact, some have already been seen as prototypes floating around CES for years.

Take Samsung’s clear and flexible concept tablet, which made huge waves last December when a CGI-laden clip hit the web. But the futuristic gadgets were already prototyped and being demonstrated to the public, thanks to Samsung’s strategic acquisition of Liquivista, a company specializing in those clear, über-bendy displays.

The idea of clear screens was also floated as a futuristic iPhone 5 concept, along with projected laser keyboards. But the keyboards are also a reality in the works; check out the Celluon Magic Cube, currently a stand-alone accessory but perhaps someday soon an embedded technology for smartphones and tablets.

Gestural controls like the ones seen in Minority Report were science fiction just a few years ago. Then Microsoft brought the Kinect to the game, and today we’re seeing people waving at computers to interact with them, a paradigm also called perceptual computing that’s only growing.

These kinds of tech snuck their way into the last Weeds episode, showing us a world where tech is even more ubiquitous, even simpler to use, yet still vulnerable to error. With most of these gadgets well underway in R&D facilities around the world, the biggest question finale raised for us was this: Which will come first — a see-through iPhone or legalized marijuana?