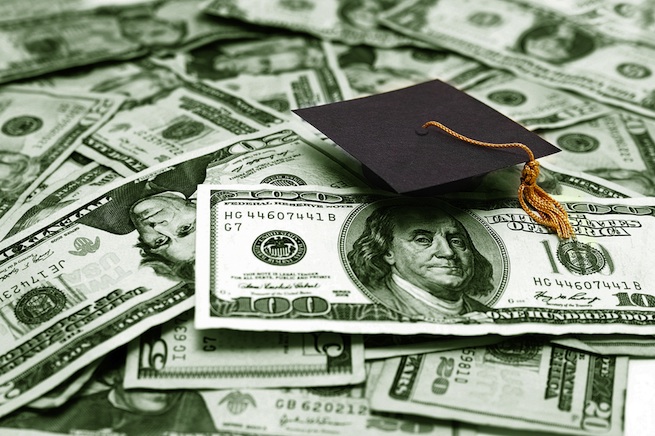 When a startup known as Social Finance raised an astronomical $77.2 million last week to expand its new lending model to colleges and universities across the United States, it seemed almost too good to be true.

For the founders, “social” is the missing ingredient in the way that loans operate. By taking advantage of social networks, SoFi is turning wealthy alumni into lenders who pocket a check every month. Students connect with real people (not faceless banks) and default less, and SoFi can offer them a fixed interest rate of 5.9 percent. It’s far lower than a private bank loan or Federal Stafford/PLUS loan.

“The value proposition is obvious to students and alumni,” said Mike Cagney, the company’s cofounder and CEO. “For us, the opportunity is to fix a broken market.” Read more about the company’s recent fundraise here. 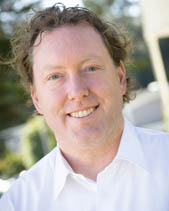 SoFi originated at Stanford’s Graduate School of Business (“the GSB”), where over 60 percent of students take out loans to fund their education. It’s the ideal testing-ground for SoFi: Many alumni are engaged, entrepreneurial, and have cash to spare. Before I jumped on the SoFi bandwagon, I had a few questions for Cagney about the challenges of launching a new lending model, and where the company plans to go from here.

VentureBeat: When did you decide to uproot traditional student loan models?

Mike Cagney: We piloted the idea during my fellowship at the GSB, but I have been thinking about this problem when I was in the hedge fund world. [Cagney is the cofounder of Cabezon Investment Group, a global macro hedge fund] At Stanford, everyone was talking about the intersection between social and finance.

We decided to borrow from the microfinance model: The lender is engaged not because of the economics but the affinity as well.

We raised a $2 million fund and lent out $20,000 dollars to 100 students. We were able to deliver a lower loan rate and return a piece to SoFi. After, we sat down with the students and alumni to talk about how we could connect them. On the back of that success, we expanded to a broader number of schools and expect to be in 250 in a couple months.

VentureBeat: It sounds promising. But what happens when a student defaults on a loan?

Cagney: No one has defaulted, yet. There are a few things worth mentioning here: If your income falls below a certain level, or if you’re unemployed and can’t pay your payments, they are deferred out for you. There are the same protections from a legal standpoint as private education loans. We’ll use similar methods to collect, like a civic action. Ultimately, the alumni are taking the default risk. But if a student defaults, their alumni network will see to that — their reputation will be at risk.

VentureBeat: Not all students are the same. Stanford students have a higher earning potential and a lower rates of student loan defaults. How much could you really learn from that pilot?

Cagney: It’s a unique place to pilot, but you can get myopic that the rest of the world looks like that — it doesn’t.

VentureBeat: On that note, why not be flexible with the interest rate? Shouldn’t it depend on the school?

Cagney: We like this whole egalitarian interest rate. That said, there are schools where the default rate is so high, it would never work. If you can’t get SoFi to work in your school, you might want to look long and hard at what the education costs relative to the opportunities it brings.

VentureBeat: How will SoFi make money?

Cagney: We raise money from alumni, put it in the fund, and collect a management fee of .75 percent and service fee of .5 percent from the fund. We were a revenue-generating business on day one.

VentureBeat: One of your investors is the CEO of Renren, China’s largest social networking site. Any international expansion plans?

Cagney: The next thing we’ll do is set up an alumni fund for international students to attend school here in the U.S. Further down the road, we may expand to other countries, but I don’t have the luxury of thinking that far ahead.

VentureBeat: Would you connect alumni lenders with students based on their major or professional goals?

Cagney: We’re not that granular yet. Each school has its own fund, which serves both undergrads and grads. But if a student wanted to go into the nonprofit world when they graduate, and an alumni wanted to support them, there’s a capability to be specific about ways to help.

VentureBeat: Are your investors SoFi lenders?

Cagney: They are. I think it went a long way to validate the thesis of what we were trying to do. Steve Anderson from Baseline is an alumni investor in the Stanford Fund. [Anderson is also an investor in the series A and B rounds] It gave him a front row seat, and he got a check every month on his investment.

VentureBeat: What’s next for SoFi?

Cagney: We’ll build out the customer support side of the business. Also, we plan to set up a balance to prefund loans. When we go into a school, we will set a dollar limit. We will stop when we can raise enough alumni capital to take our million dollars out. It gives us a balance sheet that can make us aggressive.