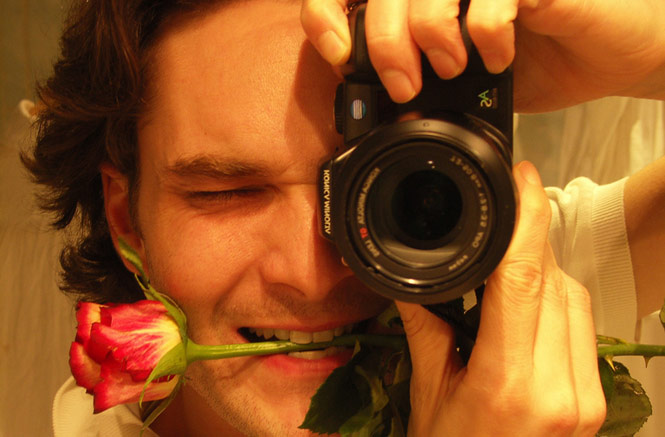 An all-new header photo — somewhat reminiscent of Facebook’s cover photo — now helps your Twitter profile stand out better. Rather than just a few pixels for a headshot or a logo, the new header photo can display much more: multiple images, a portrait in a setting, or whatever your creativity allows within the limits of about 520-by-260 pixels.

It also, not incidentally, creates a clear differentiation between Twitter controls, menus, and space on the left, and your personal photo, tweets, and account information on the right.

According to Twitter, the same profile photo will appear on Twitter.com, iPad, iPhone, and Android.

In addition, Twitter updated its mobile apps to create a more visual experience, introducing “photo streams” thataggregate photos uploaded in tweets over time in one location within the Twitter application. It’s a swipable element — simply scroll forward and back in time by swiping from side to side. 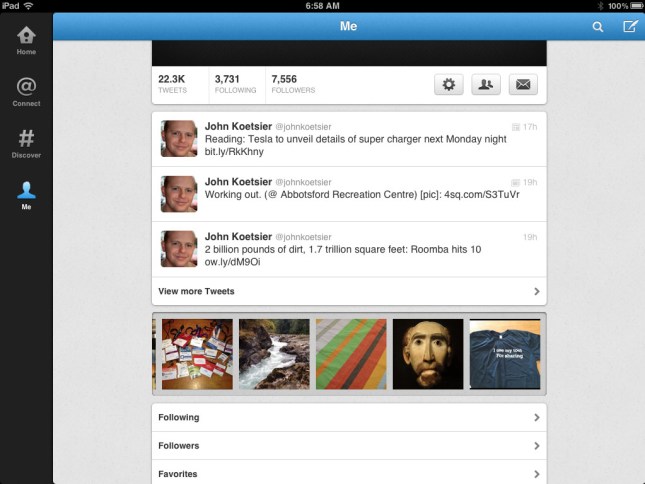 Tapping on a photo will bring it up fullscreen, much like this image of a T-shirt someone gave me at a conference: 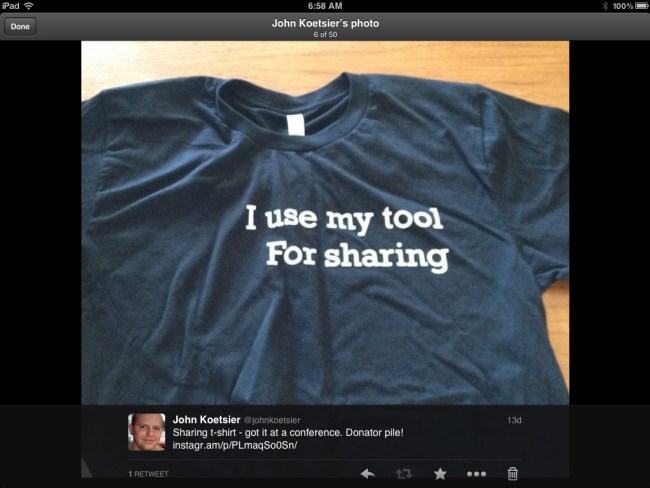 In addition to the new profile and photo-display opportunities, Twitter users still may upload a custom background, which displays on the web but not mobile platforms. Conversely, the photo stream doesn’t show up on the web.

The goal, according to Twitter, is to “get to know people better through their pictures” and announced the updates with a blog post titled “because you have more to show.”

I’m not sure what the pic above says about me, and I’m not sure there’s much more that I want to show.

But I do know I now have some work to do to update my Twitter profile. …