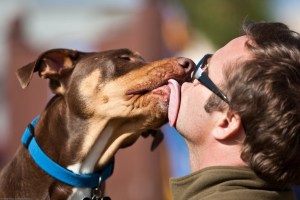 iOS 6 is burning up data lines from Anchorage to Mumbai, and OS X 10.8.2 is not far behind. Both include major integrations with the largest social network in the world, Facebook.

It was almost a year ago that Apple built native Twitter integration into iOS 5 — one of the factors that helped Twitter growth skyrocket. And just a couple of months ago, Mountain Lion’s first iteration brought Twitter integration to the desktop, allowing Mac users to tweet right from Apple’s notification center. 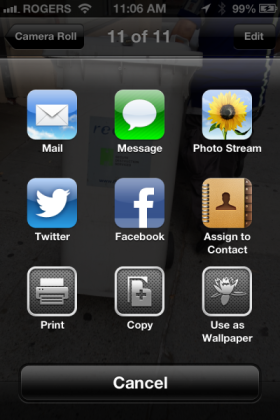 Above: Where do you want to share today, iOS 6 asks. …

Facebook’s last-announced userbase is 955 million, compared to Twitter’s 500 million. Those numbers are deceiving, however. Not only are Facebook’s numbers monthly active users, Facebook also has only a 5 percent to 7 percent fake user account problem. That compares unfavorably to Twitter’s easily 15 percent fake-account rate, but which is quite likely, based on what I’m hearing, a 30 percent fake rate.

Almost certainly, if it counted users the way Twitter counts users, Facebook would be over a billion already.

And now, Facebook is integrated into both the fastest-growing desktop platform (OK, that hardly matters) and the most lucrative mobile platform, both provided by Apple. This means that Apple’s iOS and OS X users can now natively share status updates, pictures, and videos from multiple apps without having to open up a browser and type in f-a-c-e-b-o-o-k-.-c-o-m.

In addition, all the authentication and social graph goodies that Facebook brings to the table are accessible to apps. It syncs Facebook contacts with phone contacts. Your Facebook events show up in your calendar.

The massive integration of iOS and OS X users in one fell swoop will not have the same steroids effect on Facebook that iOS integration had for Twitter. Facebook is already far too ubiquitous.

But it should increase shareability and sharing frequency and add huge new opportunities to the iOS ecosystem.

For the social-network giant, the long-rumored Facebook phone is never going to be a platform that can catch either iPhone or Android. And since Android with Google’s own Google+ social network is definitely not a deal that is in the realm of possibility for Facebook, if Facebook wanted to be not just on but in a significant mobile platform in a big way … iOS was the only real option.

The desktop is just a nice little bonus that helps Apple keep its platforms in sync.