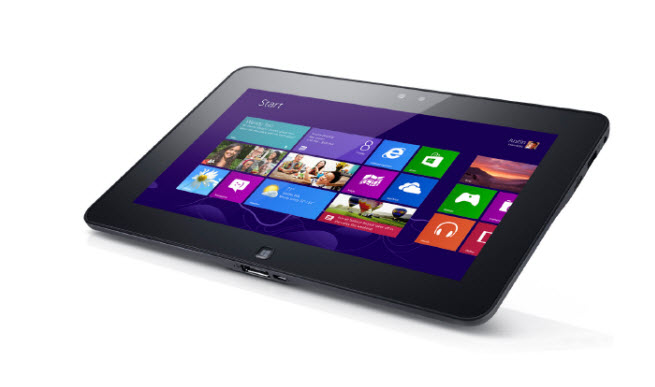 Dell is unveiling its fall line-up of business-class computers, including a 10-inch Ultrabook laptop, a 23-inch all-in-one desktop, and a 10-inch Intel-based tablet computer. 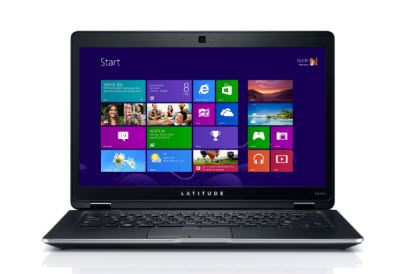 The new computers are the Round Rock, Texas-based computer maker’s bid to grab its share of the season’s PC sales as Microsoft launches its Windows 8 operating system on Oct. 26 and Intel unveils a new line of low-power microprocessors.

The products include the Dell Latitude 10 Tablet, with a 10.1-inch IPS wide-angle screen. It has Intel’s next-generation Atom system-on-a-chip processor, 2 gigabytes of main memory, flash memory up to 128 gigabytes, front-and-rear-facing cameras, and a swappable lithium-ion battery. Dell is targeting the tablet at markets such as healthcare, education, and government — where security features are important. The tablet has a fingerprint reader and a smart card reader.

The new Latitude 6430u notebook (in a thin and powerful class dubbed Ultrabooks by Intel) is 33 percent thinner and 16 percent lighter than the current generation 14-inch Dell laptop. The laptop meets military testing standards and it can go all day on a single battery charge. It also features Intel’s vPro management technology. The laptop has a 3-cell battery and weighs 3.7 pounds. It uses an Intel third-generation Core microprocessor, from i3 on up to i7, and it comes with Intel HD4000 integrated graphics.

And Dell is also introducing a new all-in-one desktop, dubbed the OptiPlex 9010. The desktop fits in areas where workers have space limitations and takes advantage of Windows 8 since it has a touchscreen interface. It uses Intel third-generation Core processors, an Intel Q77 Express chip set, Intel integrated graphics, and a variety of security features. 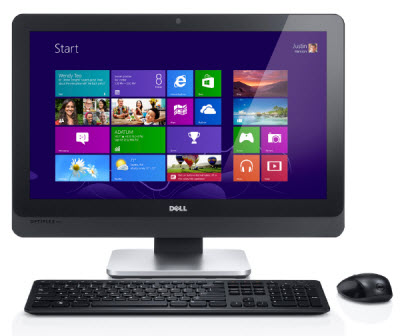 All of the devices are backed by Dell’s enterprise services features for security and management. The machines will be available for sale with the launch of Windows 8. Pricing will be revealed later.

“Never before has the intersection between great design and data security and manageability been as important as employees increasingly ask for support for gorgeous products while IT needs to maintain corporate controls,” said Sam Burd, global vice president of the personal computing product group at Dell.