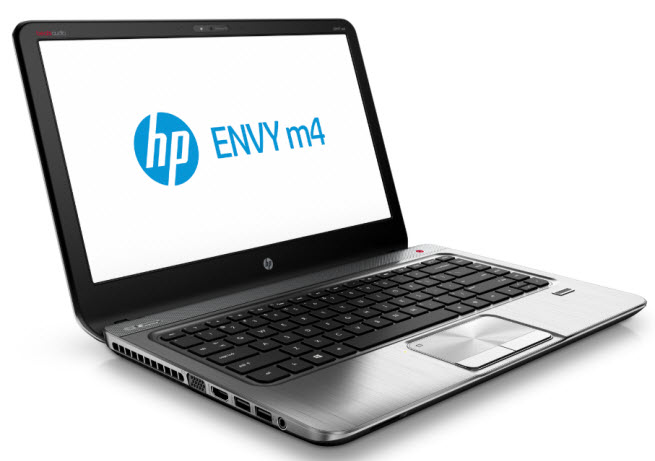 Hewlett-Packard is introducing a dozen new computers and accessories today that represent the core of its lineup for Microsoft’s Windows 8 operating system coming on Oct. 26.

This new pack of computers isn’t even HP’s whole lineup. It also announced a bunch of all-in-one desktops on Aug. 10 and more laptops on Aug. 30. One of the interesting deals is that HP will offer up to 200MB of free wireless data service per month on T-Mobile’s 4G mobile broadband network with the purchase of an HP Pavilion dm1 notebook computer. Customers will also receive 25GB of free cloud storage from Box. 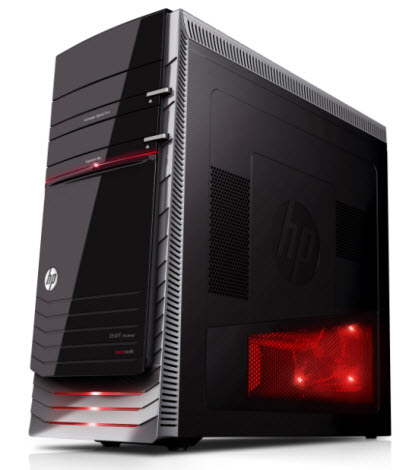 The computers have the latest generation of Intel Core microprocessors, and some models feature Advanced Micro Devices new A-series processors as well. The top of the line is the HP Envy m4 laptop ($899) in a thin-and-light package. It includes HP ProtectSmart to guard against data loss if the notebook is dropped and HP CoolSense, which adjusts performance based on heat conditions. It has a brushed-aluminum design and an optional backlit keyboard, a 14-inch diagonal high-definition display, and third-generation Intel Core processors. It has an HD webcam and Intel WiDi, a display technology that allows you to project your screen’s image to an HD TV. It has Beats Audio.

HP is also launching its latest gaming desktop (pictured right). The HP Envy Phoenix h9 desktop ($899) has an “armor-plated design” and attention-grabbing lighting. It can support up to three internal hard disks and its cables are set up in a way to promote airflow and cooling. Swapping out components is easy. The machine has Intel’s fastest third-generation Core processors and a choice of Nvidia or AMD discrete graphics chips. It has an ExpressCache solid state drive for fast boot-ups and application start times. HP hopes to sell it with its HP x2401 (249) 24-inch diagonal LED backlit monitor, which is only 11 millimeters thick. 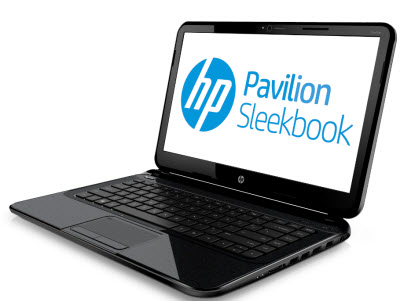 The laptops include the HP Pavilion Sleekbook 14 ($449, pictured left) and Pavilion Sleekbook 15 ($559) models for consumers. They come in “sparkling black” and “ruby red,” with 14-inch and 15.6-inch screens. They have up to a terabyte of hard disk storage and the usual array of ports for fast connectivity. The 15.6-inch model also has a numeric keypad. The laptops have their high-definition webcams and the HP MyRoom app for video calls. Dolby Advanced Audio is standard and Nvidia discrete graphics chips are optional. It has Beats audio.

For the boring business desktop look, there’s the HP Compaq Pro 6305 Desktop PC ($539) for businesses and governments. It comes with a variety of AMD processors. HP also has three new business laptops — the HP ProBook 4445s, 4446s, and the 4545s notebooks PCs ($449 and up) — with AMD processors and graphics. HP is also selling several new wireless mice and keyboards. The HP Touch to Pair Mouse has near-field communications and will sell starting in November for 39. The X4500 mouse sells for $29 and the X5500 sells for $39, starting in September. The HP Wireless Mouse X6000 sells for $59 starting in September.