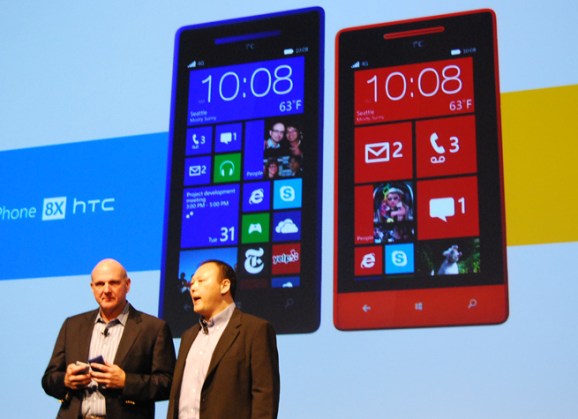 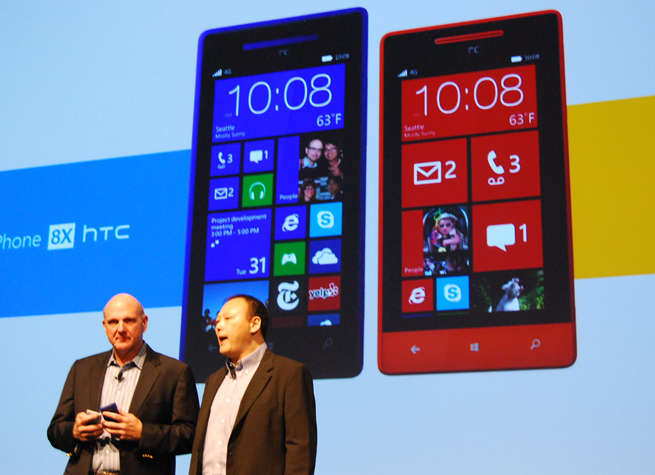 “After working with Microsoft for 15 years, this is the most exciting thing we’ve done,” Chou said.

HTC highlighted the camera and sound technology included in the 8X. The 8X’s front-facing camera can capture 1080p HD video for video calls and high-quality stills. The 8X offers Beats Audio built in, which (in theory) will offer loud, clear, and dynamic sound.

The 8X and 8S will be available starting in November on more than 150 carriers around the world. The 8X will be available on AT&T, T-Mobile, and Verizon Wireless. HTC did not say which carriers, if any, will be carrying the 8S.

The 8X and 8S will compete directly with the Nokia Lumia 920 and 820, Nokia’s first Windows Phone 8 handsets.