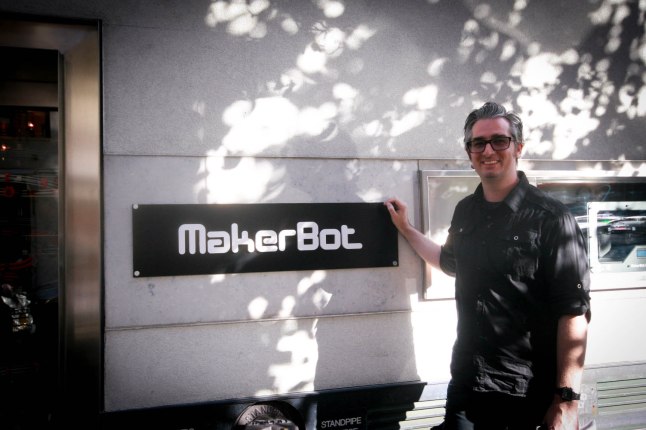 At a press event in Brooklyn today, Makerbot CEO Bre Pettis unveiled the Replicator 2, his company’s latest 3D printer. But as impressive as the device is, price conscious consumers (and journalists) likely had their eyes on one big thing: the price tag.

The Replicator 2 will retail for $2,199 — almost $400 more than its predecessor. That puts it out of reach for most people who aren’t already serious about 3D printing and design. Mass market? Probably not.

But Pettis acknowledges that while the era of super cheap 3D printers isn’t here yet , it’s definitely on its way.

“We’re on a mission to bring MakerBots to the desktops of everyone, and as a part of that journey we have to refine the technology,” he told VentureBeat.

For Pettis and MakerBot, that means creating a 3D printer that’s not only faster, but that’s also capable of creating larger, more polished objects. “Before we make it cheap, we have to make it excellent,” he said.

So, no, the Replicator 2 isn’t MakerBot’s stab at a mass market device. But it is a pretty impressive feat of engineering. To create the device, the MakerBot team throughly inspected the Replicator for ways to trim corners while also improving performance. The result is a more capable device that’s stayed the same size as its predecessor.

“That’s engineering, but it’s a level of engineering that approaches magic,” Pettis said.

So what’s next for MakerBot? Pettis says he’s most excited to see what comes of MakerWare, a new program that allows MakerBot owners to arrange multiple models.

Oh, and there’s also MakerBot’s new Nolita, Manhattan store, which opened today. “Opening a MakerBot store is a dream that I’ve had for a really long time,” Pettis said during today’s press conference.