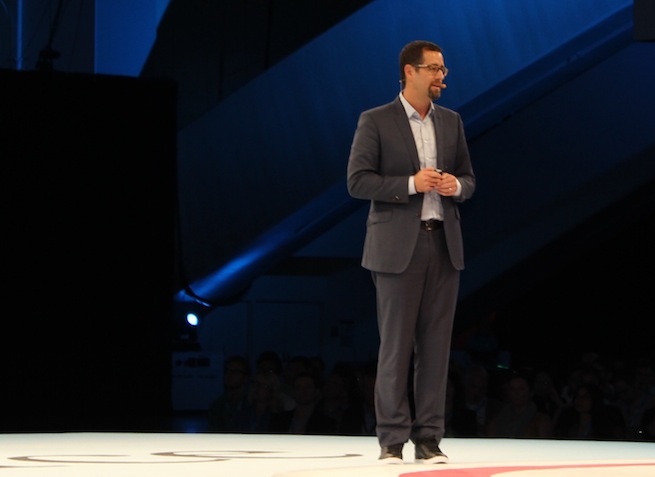 SAN FRANCISCO — When Salesforce.com acquired Buddy Media for $689 million, it made a major step toward cashing in on those untapped marketing dollars.

“Salesforce became a billion dollar company with one product for sales,” Mike Lazerow told me prior to his keynote address at Dreamforce today to introduce Salesforce’s new software for marketers, Marketing Cloud. “There is a lot more dollars in marketing.”

For marketers, it remains a challenge to demonstrate a return from their social media marketing, email campaigns, and other outreach efforts. For this reason, according to Salesforce’s CEO Marc Benioff, marketers are an underserved segment for software companies.

Marketing Cloud is only one day old, but it already boasts some high-profile customers. During Benioff’s keynote yesterday, one of Australia’s largest banks, Commonwealth Bank, was invited to the stage. They presented a video — an actual case study — in which the bank used Marketing Cloud. Using the product, Commonwealth determined that a video had gone viral but only a small number of Facebook fans noticed. The bank then created a Facebook ad to promote the video, targeted the ad to married people within the home-buying age, and embedded more information about its home loan services.

According to Lazerow, it’s this kind of monitoring and engagement brings real value to marketers. It’s more than just responding to users on social media, although that’s certainly part of it. To offer a personal example, Virgin America, a Marketing Cloud customer, started following me on Twitter just seconds after I tweeted about Richard Branson’s keynote at Dreamforce.

The first announcement made on stage is that Facebook has selected Marketing Cloud as a strategic preferred marketing developer (PMD), and it has also developed a partnership with Twitter.

Here’s how the PMD partnership will work:

Lazerow told me it was a no-brainer that Buddy Media would merge with Radian 6, the social media monitoring tool that joined the Salesforce family in 2011.

“I spent a lot of time with Marcel [Le Brun, Radian6‘s founder], before the deal even happened,” he said. “There was a vision that we both had that was in lockstep: When you talk to customers, their number one issue is that they 47 different point solutions, but all the data falls onto the floor and is swept up and never captured again.” 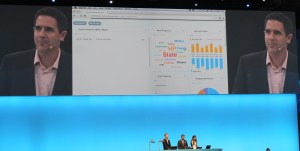 LeBrun (pictured left) told a crowd at Dreamforce that the next wave of marketing isn’t “interruption,” it’s “listening” to customers on Facebook, Twitter, blogs, forum, and more.

Radian6 provides its users with a dashboard to help companies understand what their users are saying about them online.

“The market will come when it comes, we just want to be there when it does,” Lazerow told me. Marketers typically have huge budgets, but they have typically spread it across a variety of vendors. According to Lazerow, Marketing Cloud will replace the endless spreadsheets and dozens of “smaller social tools.”

Thanks to Salesforce, Marketing Cloud may already have a series of high-profile customers: Ford, Coca Cola, Virgin America, and more. But it won’t be easy to reach small and medium-sized businesses across America, who do not yet see how social media will drive their business. With Radian 6’s technology, Marketing Cloud will offer a dashboard with analytics and measurement to show how many users have been reached.

Lazerow admits that sometimes marketers will have to take a leap of faith and asked: “What’s the ROI of any close relationship you have?”