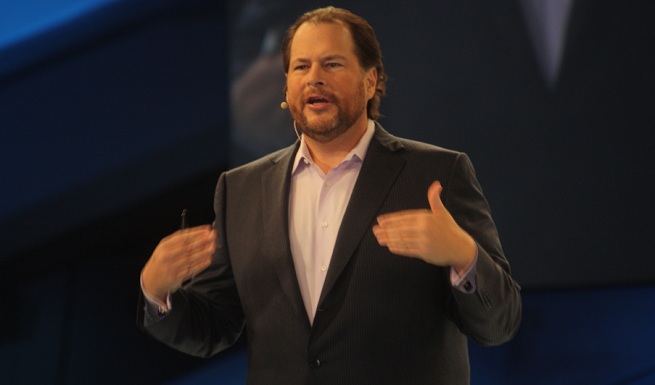 Dreamforce is typically a spectacle and a whole lotta fun, but this year it was bigger than ever before.

Salesforce.com claims that its annual San Francisco-based conference is the largest cloud computing event of the year. With over 60,000 people in attendance this year, this may well be true. The majority popped in and out of the event, and were primarily interested in listening in to the keynote addresses by Salesforce’s CEO, Marc Benioff, and Virgin Group’s Richard Branson. Another highlight for ticket-holders was the performance by aging rockers, The Red Hot Chili Peppers.

Attendees will have noticed a number of new faces. Salesforce.com has been on an acquisition spree this year, buying up five companies including social media marketing company, Buddy Media, and most recently, co-browsing startup, GoInstant. These execs brought into the company through acquisitions were given a starring role at the conference.

A number of new products were announced at Dreamforce, including Salesforce Touch, Marketing Cloud, Chatterbox and so on. To read more about the announcements, read our coverage here.

If you weren’t lucky enough to attend or you’re eager to relive those glory moments, check out our photo gallery.