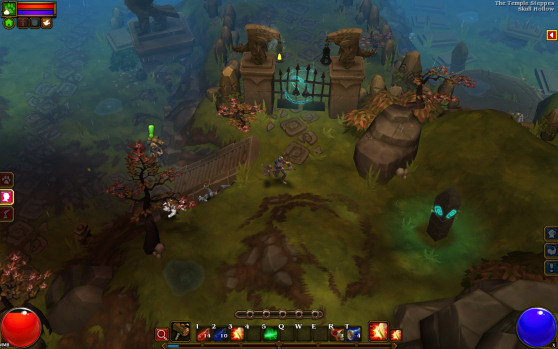 It’s been a crazy year for action role-playing games. First Diablo III released in May, and then Borderlands 2 came out earlier this week. And now Torchlight II. So, which one is best? The answer isn’t easy — they’re big-name and quality games. The little design choices are what might sway you to pick one over the other.

A consistent and polished experience
In terms of gameplay, Torchlight II (out today on Steam for PC) is exactly what you’d expect from the genre. You fight near-endless hordes of enemies and bosses as you explore different territories and collect loot, upgrading your gear and distributing your stats however you please. It’s not an original concept, but it takes more effort on the developer’s part to deliver consistent and fair gameplay. Torchlight II pulls it off.

For this review, I played for 22 hours (the time it took me to save the world on Normal difficulty) as a female Engineer — a steampunk-styled character who uses Ember-powered weapons and armor (Ember is the magical mineral that powers many items and abilities). For my pet, I chose a lizard-like Chakawary called Indy, thanks to a little help from the name generator. Together, we mastered forests, deserts, and swamps — the three main but not exclusive locales you explore throughout the game. While the difficulty increased with each act, the game never presented a bigger challenge than I could handle. The tougher spots took determination and strategy, but they didn’t keep me from progressing for long.

A smart, user-friendly interface
Whether you’re a veteran action-RPG player or a newcomer, Torchlight II makes it easy to just jump in and play. That simplicity goes beyond point-and-click controls and keyboard shortcuts. Everything about the game’s design facilitates navigation, quest completion, and basic comprehension of how the game works.

The minimap shows clear indicators of quest givers (a symbol that lights up when you’re able to return for more directions or a reward), the quests themselves, special locked chests, your current objectives, Waypoint portals (teleporters that take you from one place to another), and other important locations. The loading screen cycles through an abundance of helpful hints about different classes or convenient controls, so even when you’re not playing, you’re becoming an expert on the mechanics. This screen also serves as a handy reminder for when you have unused skill and stat points to redeem, which happens more often than you might think. 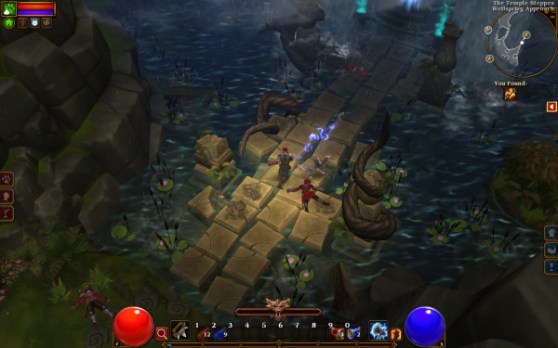 What could be a cluttered interface during play actually seems clean and well organized. Learning how to operate the system is easy — things like quick-mapping skills and items, examining your inventory and your pet’s, transferring or exchanging goods, or equipping weapons and armor aren’t troublesome at all. Most important, the interface is not a hindrance to use in the middle of a dungeon, and you can still attack and move with the menus open.

The extra little details
Torchlight II is all around a solid game, and it’s the attention to details that make it even better. The scenery isn’t a problem when enemies and allies are visible as red and blue transparent figures behind it, allowing you to know whom you’re attacking even when you’re hidden behind a rock. And the specifics of combat are intuitive during play: Enemies with auras spawn minions or signify minibosses.

Fishing for loot and food for your pet is a nice diversion, and having a pet at all helps minimize the loneliness of playing an action-RPG solo. Mine was a worthy partner, too — aiding in battle, knowing when to go around obstacles, and only rarely getting stuck … and then easily getting unstuck. But pets are certainly no substitute for multiplayer, which is available in the game either via Internet or local area network (LAN) connection. You don’t have to rely on servers alone.

For those who struggle with the limited inventory, the game keeps your throwaway loot on the map, so you can recollect it later (and you can always send your pet to town to sell unwanted clutter). It offers a lot of convenience and looks and sounds great, too — things like overgrown cobwebs and the creaking of lanterns give this game style. In fact, some of the most fun quests are those that are highly stylized. One of my favorites was the sand-buried ruins of a fleet of pirate ships. It had all the gold you could want, but the more you took, the more undead pirates would emerge to reclaim it — crawling up the sides of their sunken vessels and out from underneath the wreckage.

More content to discover
Players looking for replay value beyond playing co-op or experimenting with different classes can join the modding community, unlock new quest maps after the main game, or venture out a second time with New Game-Plus. 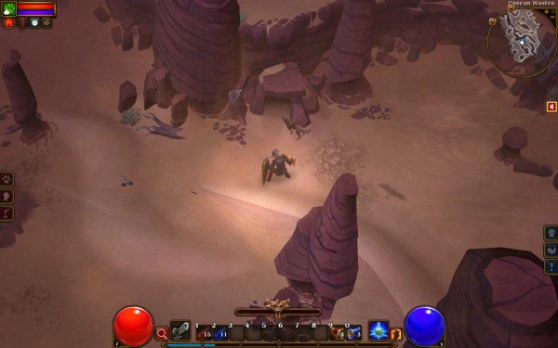 A raw story
Your goal in the game is simple: Stop the Alchemist from permanently upsetting the balance of the world. But the rest of the story is an afterthought. It’s hard to feel immersed in the world’s troubles or care about the different races. The cutscenes exacerbate this issue. Klei Entertainment (makers of Shank and Mark of the Ninja) provided stylish animations, but Runic skimped on the substance. They’re too short, few, and insignificant to make any real impact on the game.

Some bad interactions
Torchlight II works well on most levels, but a few oversights do mar its quality. Try concentrating on what a nonplayable character has to say when an enemy interrupts, mauling you in the middle of a conversation. It deals damage, too, when the action around you should be paused.

And while it’s a shame that you can’t admire your character’s cool outfits more closely in the menu (that should be a standard by now), what’s really needed is a stronger bond between hero and animal. You can temporarily transform your pet into different creatures by feeding it fish, but other than that, it’s easy to forget about your loyal partner during gameplay. I rarely ever had to worry about my pet’s health or equipment; the game requires minimal maintenance — and emotional investment — when it comes to your animal companion.

The occasional case of boredom
As entertaining and varied as the game is, it’s not immune to dull spots. The open areas are perfect for players who love to explore, but they’re largely repetitive. Runic hasn’t done enough to make each nook and cranny feel distinct, even though many regions of each main land do vary slightly in architecture. It’s just so … big.

You can get tired of fighting the same enemies, too — even if this is the nature of a dungeon-crawling action-RPG like this one. Sometimes you just want more to look at than Warbeasts and Deathflingers. This was more of an issue in the beginning of the game than in subsequent acts, but you’ll come to recognize enemy types on sight for more reasons than strategy: They’re everywhere you turn. 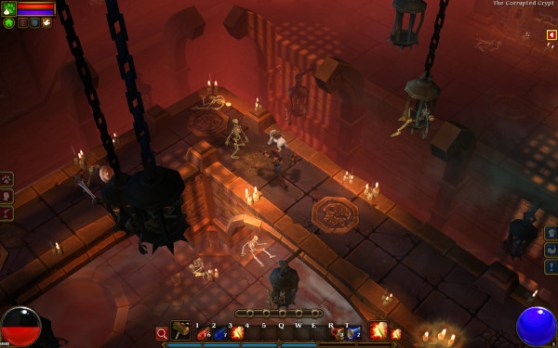 Torchlight II is undoubtedly worth the $20 price, and it’s high on replay value with new classes to discover. The problems it does have are mostly minor, but it’s not for gamers looking for an involved story. And in some places, it could use a little more depth.

Two big draws are definitely the affordable price and flexible multiplayer options, and the game also earns its place among the other top action-RPGs of the year. It’s well made and fun…just not revolutionary.

Torchlight II was released for PC on September 20, 2012. The publisher provided GamesBeat with a download code of the game for the purpose of this review.