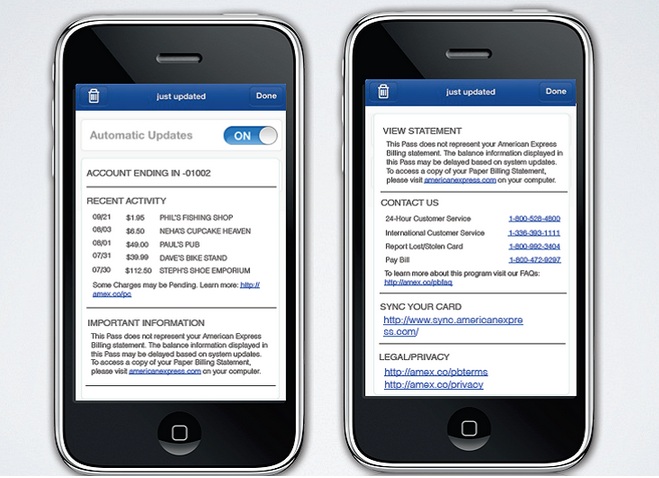 American Express is launching an integration with Apple’s Passbook today. (Disclosure: I own a small stake in $AXP .) Passbook, a feature of Apple’s newly released iOS 6, is a mobile wallet that allows iPhone and iPod touch users to keep frequently used cards at their fingertips. Some examples include a boarding pass from American Airlines or United, or movie tickets from Fandango. Instead of having to fumble through apps, these items are available immediately. They can also pop up automatically based on a user’s location.

Before you get too excited, no you won’t be able to pay with AmEx using Passbook. (Most retailers don’t have the infrastructure to take payments like that.) But you will be able to get details on recent transactions as they happen.

“We’ve essentially re-imagined what’s possible for the newly launched Apple iOS6 Passbook technology – taking it beyond just mobile ticketing, coupons, and loyalty cards,” AmEx spokesman Brad Minor told me in an email. “This is an entirely new use-case for Pass that makes it useful every day, and not just for specific occasions.”

In the initial release, AmEx will be able to notify cardholders when there’s a new transaction on their account. Cardholders can also see current balance and access other recent transactions and customer service information.

The real-time notification capability allows AmEx to have a two-way dialogue with consumers that hasn’t really existed before. This creates a channel that AmEx could use for new features:

[Update: The integration has launched as of Sept. 27. Go to amexpassbook.com on a Passbook-capable device to configure your pass.]

Real-time communication between the consumer and payment networks offers a lot of interesting possibilities. Although today’s move is a small step, it’s an important one that shows how AmEx stays ahead of other card networks. 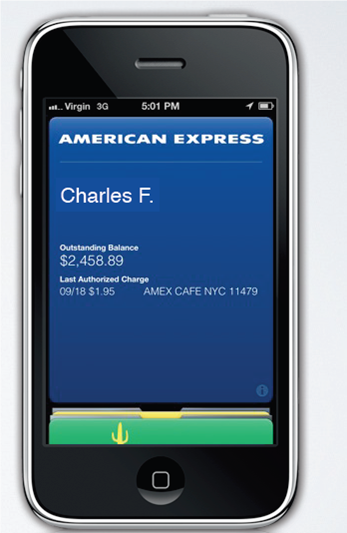