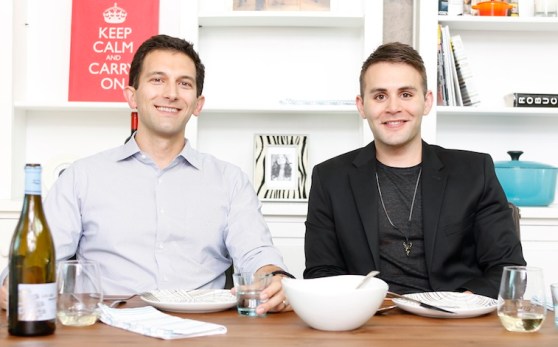 ‘Frozen’ is an adjective that doesn’t compute within the lexicon of gourmet cuisine. But for entrepreneurs David Hauslaib and Tom Balamaci, the founders of Pop-Up Pantry, ‘frozen’ is at the core of their service, which delivers epicurean-style meals directly to customers’ homes.

Launched in July, 2011, Pop-Up Pantry is a Los Angeles-based startup dedicated to providing the American consumer with access to gourmet meals, hitherto limited to restaurants helmed by the likes of Emeril Lagasse, Wolfgang Puck, and Mario Batali.

Now, with the aid of Pop-Up Pantry, food lovers anywhere in the U.S. can log onto the company’s website and order three-course meals prepared by world-class chefs at an affordable price-point (meals start at $17 per person).

After preparation, Hauslaib says the meals are frozen, vacuum-sealed, placed in an insulated box and delivered to customers via UPS or FedEx. Once the meals reach their destinations, clients only have to follow the simple re-heating instructions to enjoy a five-star meal with an undiminished flavor profile, according to the founder. He told VentureBeat the reheating process takes no longer than 30 minutes.

Hauslaib added, “We are one of the only food delivery companies in the country that can deliver food to you even if you don’t live in a major city.” He added that food lovers living outside of major-metro areas are “underserved.” 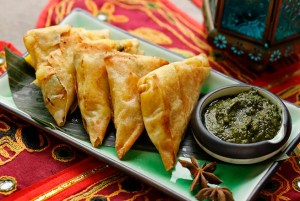 Above: One of Pop-Up Pantry’s tasty-looking frozen meals

For example, Hauslaib said, if you “live in Kentucky or 45 minutes outside of Phoenix, unless you’re going to make the drive into the city, you’re looking at Applebees or Outback, or you’re ordering Domino’s, those are your food choices.”

Hauslaib identified the evolving television landscape as one of the factors that helped bring Pop-Up Pantry to fruition.

“You’ve got about 25 million American women in major cities, but also women living in food deserts, who really, in the last five years, have been exposed to this explosion in food culture: reality cooking shows, Food Network, the new launch of the Cooking Channel. The only magazine category seeing an increase in subscriptions is food,” Hauslaib said.

“Tom and I say, ‘you know, we couldn’t have started this company five years ago.’ There was not an education about food that really penetrated the homes of almost every American.”

The rise of food culture, the fact that recession-hit Americans are dining out less, and Pop-Up Pantry’s expected profit margins in the 30-40 percent range, convinced investors from GRP Partners, CrossCut Ventures, and Launchpad LA to collectively give the pre-prepared-meal delivery service $1.71 million in seed funding.

“What we do have is more impressive margins than anything else in the food industry,” Hauslaib said.

“It’s taking the food you see on television, the reason you get excited about cuisine, and what you can taste and what kind of ingredients you want to pick up at the grocery store, and being able to deliver it to your door,” said Hauslaib.

“That’s the gap we wanted to solve with Pop-Up Pantry.”