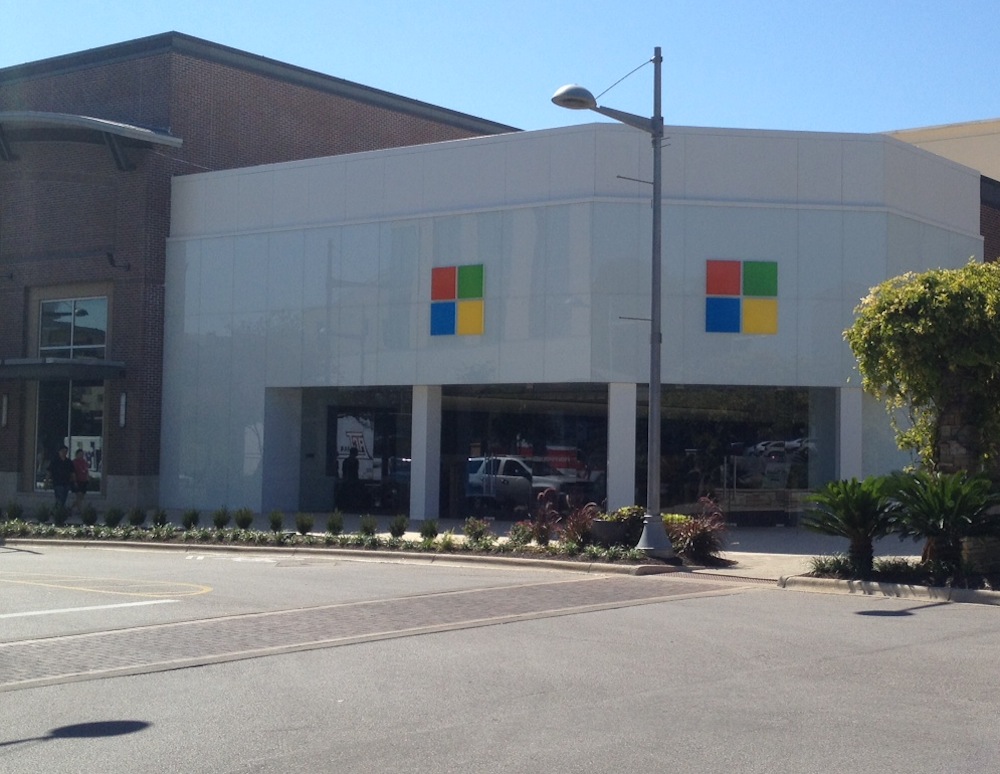 Instead of spending my time interviewing the extremely long line of people waiting to purchase an iPhone 5 today, I decided to check out what was going on over at the Microsoft Store, which is conveniently located on the same block as the Apple Store in Austin, Texas.

Since everyone else seems to be shamelessly promoting their own stuff today, I figured Microsoft would probably end up doing the same.

I expected to find the store mostly empty, but with few promotional signs or displays making light of the rival company’s product launch. Something to the effect of “don’t wait in line, check out a Windows Phone instead!” Well, I was wrong on both counts.

The front of the Microsoft Store had a table of Windows Phone 7 handsets and zero people crowding around. Towards the back of the store, two mothers were letting their children play with a Xbox Kinect demo game, and a store employee was giving some kind of demonstration in the Xbox section. There were plenty of employees on hand, probably as many as Apple had today, not counting those watching the long line of iPhone customers. (This is strange because I have no idea why you’d need that many employees, but that’s neither here nor there).

I identified myself to the first Microsoft Store employee I saw in the store, letting him know what my intentions were —  I just wanted to know what, if anything, Microsoft was doing to capitalize on Apple’s big day. He led me to the counter, where another employee then told me to wait while she made a phone call.

Let me backtrack for a moment and reflect on the same situation I had when walking up to the Apple Store. The first Genius Bar employee greeted me warmly and tilted back the umbrella he was holding to keep customers shaded during their wait. He immediately understood what my intentions were and was extremely helpful with all my very basic questions. (I asked him things about the morning rush, how people were feeling waiting in line for so long, if he thought everyone would get an iPhone, etc.). I also asked him if the guys over at the Microsoft store were doing anything to steal some attention away from the iPhone 5 launch. To his knowledge, they weren’t. 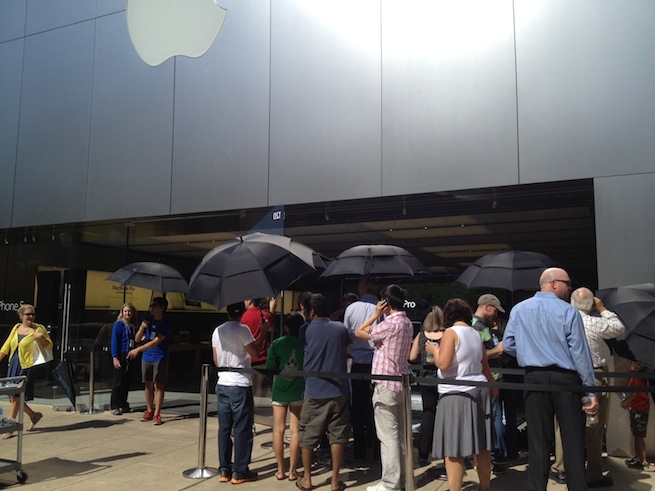 OK, so back to Microsoft, where I’m waiting for employee number two to come back from the back room of the store. About three minutes later, another man wearing clothes that didn’t immediately alert me to the fact that he worked for Microsoft approached me and asked me what I needed. (Note: unlike Apple, everyone in the Microsoft Store doesn’t have to wear the same color shirt, which is just confusing.)

When I said I was already being helped, he looked a bit annoyed and informed me that he was the manager.

“OK, great! A manager,” I thought. But that feeling was quickly dismissed.

The manager still had a laptop in one hand, and something else cuffed into his other. When I went to shake his hand and explain what I was doing, I only got two fingers and a thumb. I’m not really concerned with pleasantries that much, but it was quite obvious that he wanted this conversation to end as quickly as possible.

He told me that “Apple has their thing, we’re business as usual.” That much was pretty clear to me. I asked if they had thought to do any kind of promotion to raise awareness about their own products.

“Nope,” he said. The rest of my questions evoked similarly short responses, and I was quickly out the door.

This Microsoft is one that teaches its retail employees to be overly cautious of reporters or people asking questions — and one that completely misses an opportunity to steal some of Apple’s thunder. (Who knows if it would have worked, but something is better than nothing.)

Don’t get me wrong. I think the Microsoft Store itself is a wonderful idea. It has all the latest Windows-based hardware showcased, pretty LCD screens wrapped around the middle of each wall of the entire store, and generally looks inviting. But, it’s not even close to as effective to what Apple has built.

Of course, I could be eating my own words in October when the company releases its Windows Surface tablets. But somehow, I don’t expect to see a line of people snaking all the way into the parking lot.