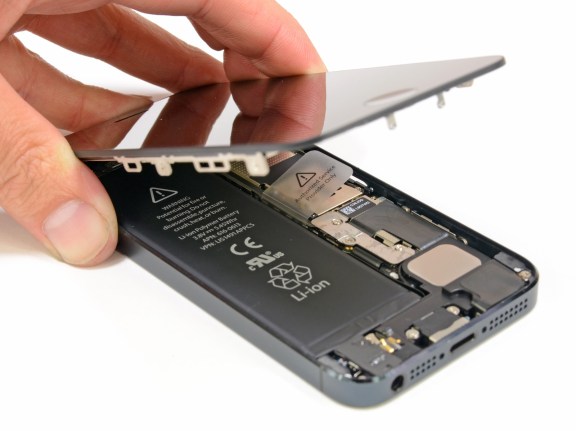 Shattering the screen on your next iPhone may be far less of ordeal than it used to be.

So says iFixit head Kyle Wiens, who expects that iPhone 5 will be the mark of a new, more repair-friendly kind of iPhone.

“I think Apple is finally paying attention to what consumers really need,” he told VentureBeat.

In its teardown of the iPhone 5, iFixit found that the device’s screen was far easier to remove than ones on the iPhone 4 and iPhone 4S.

That’s a smart move, Wiens says, because making the iPhone 5 easier to repair means that it’s more likely that owners will keep their phones much longer. “You wouldn’t throw a car away if its windshield got cracked,” he quipped.

But this isn’t just about consumers. Making the iPhone easier to fix makes life a lot less painful for Apple’s repair team as well. (Just who do you think fixes your iPhone when its screen shatters?)

“The new iPhone is clearly a reflection of what it costs Apple to do repairs,” Wiens said.

Repairs aside, another one of the more contentious issues with the iPhone 5 has been “Scuffgate”, the name given to the fears that the device will attract more than its share of scratches.  The iFixit teardown revealed that while the device’s back was pretty scratch-resistant, the same couldn’t be said for its edges.

But while the jury is still largely out on the matter, Wiens, like Steve Jobs, says he’s a fan of the way Apple’s devices weather.

“That’s the phone become more one with you. It’s becoming more unique,” he said.