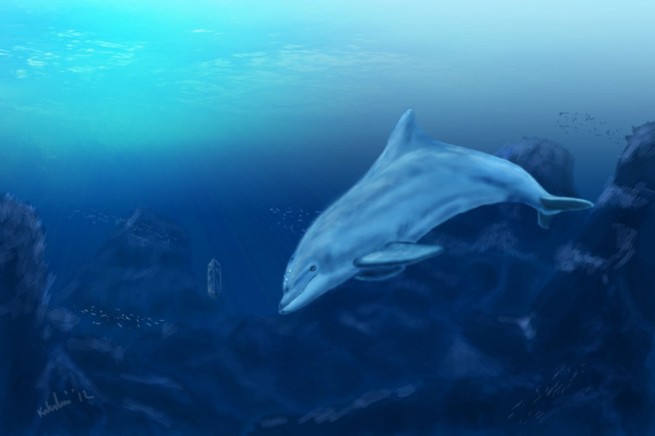 According to the designer on the original Sega Genesis title Ecco the Dolphin, Ed Annunziata, the chances for a new game in that series are looking up.

Ecco fans, I need you to follow & tweethank @scottfoe, he convinced SEGA to meet with me now chances of a new Ecco the Dolphin x100!

Annunziata is referring to Scott Foe, a consultant on mobile and social games who worked with Sega during the Dreamcast years. Foe apparently got Annunziata in the door to talk to Sega about reviving the classic Ecco the Dolphin action-adventure franchise.

For those too young to remember, the Ecco the Dolphin titles follow a bottlenose dolphin that travels through time to fight violent aliens in the ocean. Which, let’s be honest, is what we all assume dolphins spend their time doing, anyway.

The original Genesis title was one of that console’s biggest hits. Ecco returned in Ecco II: The Tides of Time in 1994 on the Genesis, the Sega CD, and the Game Gear.

We’ve contacted Sega and Annunziata to discuss Ecco the Dolphin’s future. We’ll update with their comments. In the meantime, enjoy this crappy dolphin doodle from Annunziata’s office whiteboard:

Update: In another Tweet, Annunziata confirmed that soundtrack composer for Ecco the Dolphin, Spencer Nilsen, “is on board.” Sounds like the project is going forward.