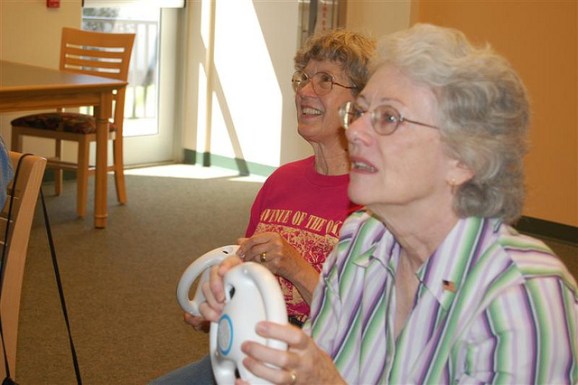 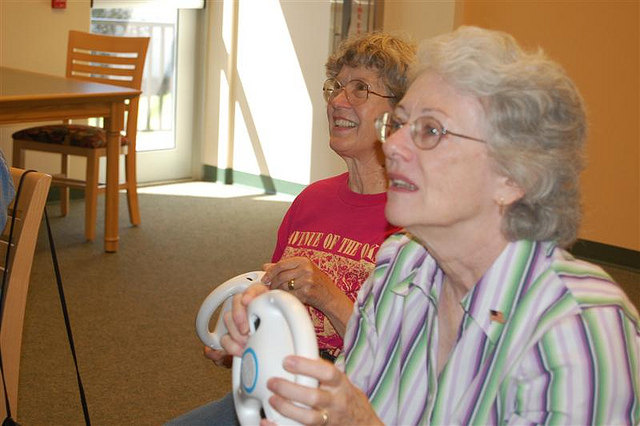 We’ve all heard it many times now: Women are gaming more than ever before, making up more than 50 percent of the gaming audience. And while developers have started catching on, developers still have a lot to learn about the intersection of women and gaming; namely, how do different demographics view gaming, and what are the ripple effects that stem from these perspectives?

What a difference a couple of generations makes. When many of today’s grandmothers were kids, console games hadn’t hit stores yet, let alone the homes of virtually every middle class family. And the grandmothers of a couple of generations ago were entertaining themselves with card games and civic clubs and introducing their granddaughters to Barbie dolls, which first hit shelves in 1959.

Today, it’s an entirely new world with markedly different forms of entertainment, and this has affected grandmas in many ways. For starters, it’s a lot harder to steer grandkids’ attention away from the gadgets they’re playing with. This has pushed many senior women to learn how to use these devices themselves, so they don’t feel so disconnected from their little loved ones. And as more grandmothers have learned to play games, and the majority do so via consoles or desktop computers, they have discovered many benefits. Research indicates that gaming for seniors counters depression, improves balance, provides exercise, and improves mental health. Knowing this, some senior centers and nursing homes now house Nintendo Wii’s and have online gaming competitions rather than the traditional Bingo night.

For grandmothers, gaming has also helped to bridge the technology gap in their lives. Games with simple navigation, like solitaire, can be a senior’s first foray into the “online” world and show them to learn how to use a mouse, a touchpad or a touchscreen. Slightly more advanced senior women have delved into the world of casual games via Facebook and enjoy playing puzzle games like Words With Friends for the challenge and mental stimulation and its social elements. These experiences with technology spill over to other devices and help older women feel better about purchasing e-readers, tablets, and other devices.

Even more than their older counterparts, moms are reaping the benefits from gaming. Like grandmothers, moms use gaming as an important tactic to bond with their kids, especially children between the ages of 8-12. They play online cooking or dress-up games with their daughters and play console or online adventure games with their boys as a way of spending quality time with them (and to monitor what they’re doing online). The on-the-go mom also uses gaming as a way to entertain their young child when they need a moment of distraction.

In addition to connecting with their kids, moms are playing games for then own entertainment as well. For this strapped-for-time audience, gaming has become a way to break away from the daily hassles of life. Moms largely enjoys games that require a only short burst of time and with a defined beginning and end. Online puzzle games such as crosswords and word scrambles or strategy games resonate best with this audience. Moms are not as social as their mothers or daughters when it comes to online games, though, because they largely view the entertainment as “me time.”

Even though there are many benefits to gaming, including stress relief and mental stimulation, many moms don’t like to discuss their gaming habits because they feel embarrassed by this “guilty pleasure.” As such, gaming companies need to stress marketing messages that convey how gaming is good for this audience, in the hopes that they will grow more comfortable with sharing more about their gaming habits.

The line “girls just wanna have fun” rings especially true when it comes to tween gaming, and developers have caught on to this notion. Unlike their male counterparts, girls opt for intensely social games that feature characters. For girls, gaming is about connecting with like-minded spirits, acting out future lives, and experimenting with different styles and looks, rather than head-to-head competition. If competitive elements are involved with the game, such as posting high scores, it should be done within the framework of these social games and negative points shouldn’t be awarded (scores that can only go up).

As a result of gaming, girls can experience new worlds that they can then apply to their own lives. For example, many girls are using fashion games to experiment with their own sense of style, and this helps them pick out their new back-to-school outfits when shopping with mom. Girls are also role playing as chefs, entrepreneurs and veterinarians, which help them better understand and identify their own talents and interests.

The net of all of this for the gaming industry is that as more women and girls venture into online gaming and spend more time doing so, developers and marketers need to understand that a certain psychology exists not just for women as a whole but that different age groups approach gaming in different ways. Many positive ripple effects stem from women and girls gaming, and the more the gaming industry can identify and promote these benefits, the more likely they are to grow these very coveted audiences.

Oscar Diele is the chief marketing officer of Spil Games, a global leader in online gaming. Spil Games owns the No. 1 tween girls gaming platform, GirlsgoGames. He has previously held senior management roles at other online media, ecommerce, and entertainment industry organizations, including TomTom and eBay. Diele is currently based in Amsterdam.