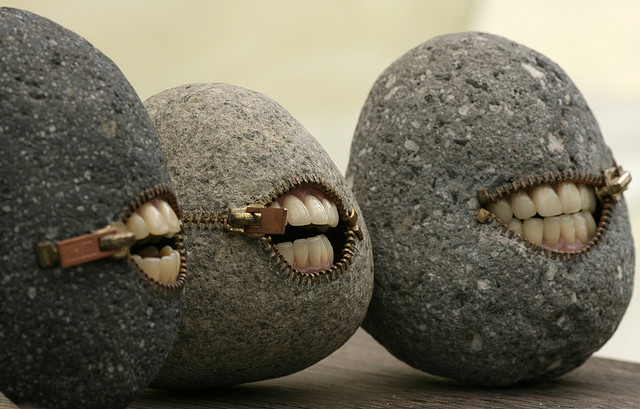 When a company speaks, it’s always talking to more than on audience. Most of the time, that audience is divided pretty simply: Those who already buy the company’s products, and those who do not.

Apple just released new iPhone 5 ads. Here’s one that speaks directly to noncustomers, addressing the issue of screen size. That’s at the same time the biggest difference from previous iPhone models … and the most obvious point of competitive difference with even larger-screened Android phones.

Samsung also released new ads in preparation for the iPhone 5 release. These ads also seem to be aimed at people who are not currently customers — and possibly the amusement of those who already in the Android camp — and they’re also focused on the competitive differentiators.

There’s a vast difference in how Samsung talks to non-customers versus Apple.

Samsung’s ad is mocking, so much so that some question whether it’s an effective ad strategy. More important, perhaps, the ad focuses on a competitor. Apple’s ad is a little smug, but in spite of the fact that it’s a clear answer to competitors’ bigger phones, it fully focuses on Apple’s own products.

Which do you think is more effective?